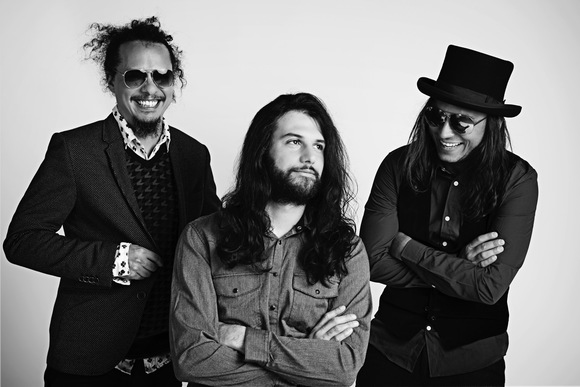 Nominated to a Latin Grammy Award for Best Rock Album in 2014!

Luz Verde is a rock and roll band from Caracas Venezuela, who is been living in Barcelona since 2004. They began their career in 2000 with their first album Cinema Zero, Sol Dorado award for "Best Rock Band" in Venezuela. It was followed by Rocanrol published in 2004 coinciding with the band move to Spain in It was not officially released there but still managed to sell over 1,000 copies in concerts where Luz Verde started to left its mark with their powerful live act.
In 2008 it was time for Manual de Buenas Costumbres chosen as one of the 10 most influential albums of Venezuelan rock and followed by En Llamas (2010) and El Final del Mundo Vol. I (2012).
Their last albumEl Final del Mundo Vol II: Nada es Imposible nominated to a Latin Grammy Award for Best Rock Album, is an project that reflects the challenges and changes experienced by Luz Verde in the last few years. Changes that have made the band evolve personally and musically without taking away the singularity and charisma of his rock and roll.