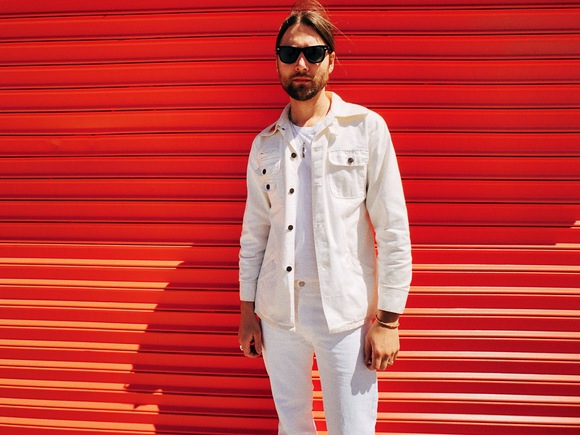 LT Wade is an English musician and producer who began his professional career as guitarist for ‘Courtney Love’ in Los Angeles In 2007 before moving back to London to join forces with former members of ‘Black Wire’ to form ‘Lord Auch’.

In 2013 LT formed FURS as songwriter and producer with Olly Betts of ‘The Duke Spirit’ on drums and Sister/vocalist Elle Wade. FURS released several singles leading up their debut album 'Just Kids' that dropped in the summer of 2016.

Over the course of his career LT has been on the road with indie legends ‘Johnny Marr’ (The Smiths, Modest Mouse, The Cribs), Gaz Coombes (Supergrass), Allah Las, Ducktails. Played legendary European festivals Glastonbury, Secret Garden Party, Reading and toured in USA, Asia, UK and Europe.

LT moved to San Francisco from London in 2016 to embrace the West Coast music scene and embark on a new solo project, writing and recording most of his debut album in California before relocating to Brooklyn, NYC to finish recording and mix his debut record.

Debut Single ‘Hard To Know’ was released in UK, Europe in 2017 leading up to releasing the full length record ‘Transient’ due July 27th 2018 on his own label Dopeness Records NYC.