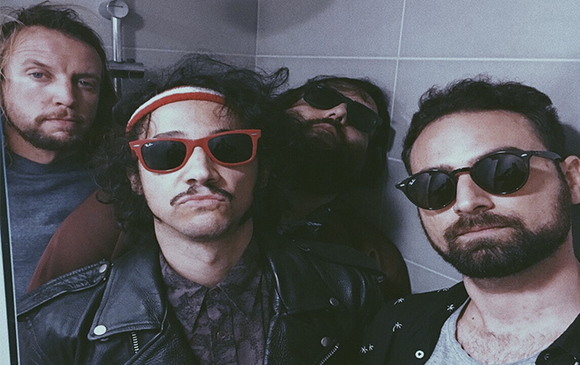 Los Invaders is a band taken straight out of Saturn's suburbs, based in Valencia, after falling for the charms of the Mediterranean sun.

Energetically they bounce between underground rock and vibrant electronic highs in what they like to refer to as 'rock of the future' or 'space rock'.

This futuristic band birth comes into being through an insatiable search for new rhythms inherited from 90’s grunge originating from Seattle. At the for front of their compositions is that alternative rock beat that breaks away from monotony of today’s pop or comercial standard. Characterized by a sound of broken guitars, dark bass line and hard drum beats. All of this giving way to a hybrid sound between acoustic and electro and creating their personalized brand of dark and dynamic contrasts, powerful acordes and hard riffs.

'Take me home', the band's first EP, in which can be appreciated their rejection of today’s mainstream indie, influenced by bands such as Nirvana, Kasabian, Muse, Biffy, Clyro, The Prodigy, Chemical Brothers, Vitalic, etc, with the idea of exploring and embracing a new style of music that Los Invaders like to call 'rock of the future'.