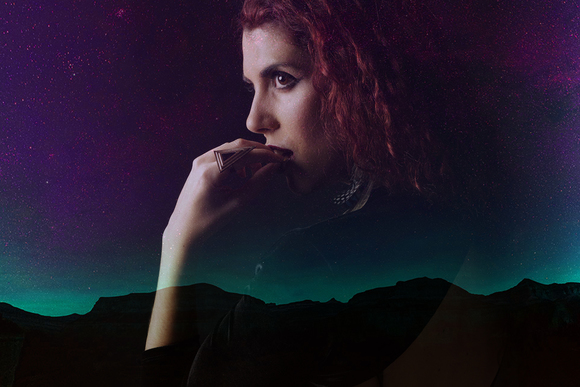 On April 27th, Los Peces de Cristina (LPC), songwriter from Barcelona, released her new album SKY, produced by Marco Cinelli, a producer and guitarrist based in London and Paris, who had some awards, he was the Winner of the 2nd edition Paco Rabanne Black Xs competition and Iggy Pop defined him a "proper rock star" after watching one of his performances.

He has brought a new taste and international sound mixing new sounds and electronic elements to the unique style of Cristina. The album was TOP #1 in iTunes, got great reviews in some national newspaper and radio in her country and LPC has been touring to present it through several cities in Spain and in a tour along the West Coast of Canada and the USA.

Her debut album reached the TOP #2 of Pop Albums in iTunes Spain on the releasing day. Also, she has been candidate for Enderrock Awards as Best Album Pop- Rock, and awarded as Best Debut Album in a national pop magazine, MundoPop. An album which breaks borders playing in prestigious concerts halls such as Luz de Gas in Barcelona, London, Berlin, Amsterdam, NYC, Philadelphia, Nashville... and in international festivals such as: Looe Music Festival in England or ThissFest and Parkpop Festival in Holland. The music video "El tiempo que guardé" has been 6 weeks on the MTV Spain, seen in more than 15 televisions in all the country and selected in 5 international film festivals. Last year she released “Mermaids and Sharks”: A special album with selected collaborations of musicians from England and USA. In this EP we find songs that range from pop with touches of soul, jazz, country and even reggae! From England, we have collaborations with Boo Hewerdine, composer and producer considered "one of the most complete British singer-songwriters" (BBC), Daniel Storey and Rivah Jordan, with Jamaican origins. From the US and with a smell of Nashville, we have Tim McGeary songwriter whose compositions have appeared in series like "Smallville," "One Tree Hill" or "Glory Days" and Brad and Chadwick Hays, with a live performance with his brother Chadwick recorded in Nashville last summer.