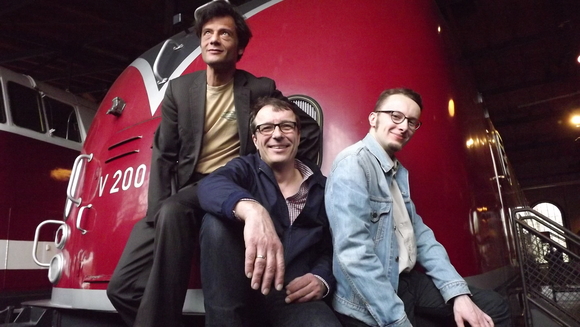 Los Apollos are an instrumental surf trio based in Berlin.

Dedicated to classics surf sounds (file under Pulp Fiction) the band performs mainly own songs and some genre-standards. On guitar Simon Rebohm, formerly of Spektrophon, bringing in the mandatory irresistible Twang. Simon is backed by Christoph Leich (drums, Die Sterne) and Thorsten ‘Taucher’ Weßel (Bass, ex Ostzonensuppenwürfelmachenkrebs). This space surfer trio likes variety – it can be anything from Arabian surf to super- smooth South Sea exotica and goose-bump inducing versions of long forgotten musical gems. Whatever it is though,it has to sound good and has to force the crowd to dance.
Los Apollos do regularly play across Germany and Italy, Holland is on schedule for 2016 as well. The band is well recognized in the Surf-Scene and Internet-radios across the world.
After two three track Singles a first Album 'Chaos at the Lobster Lounge' will be released in Spring 2016.