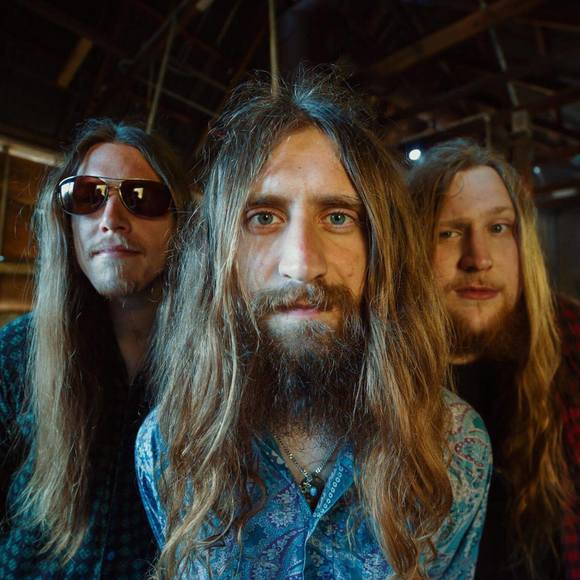 "With “Mill Street Blues” I can assure you Lord Vapour has delivered one of the best albums of 2016, an excellent debut for a band who has a promising future" - morefuzz.com "Balls to the wall, party rock anthems sung in the key of Lemmy and the tone of Truckfighters.

How can that not sound appealing? The more this mammoth of an album plays, the better it gets."
- The Ripple Effect

"Having taken Guernsey’s live music by storm over the past 12 months, including show stealing sets at Chaos 2015 and the Fermain Tavern" - BBC Music Introducing

Lord Vapour is a power trio from the small island of Guernsey off the English Channel, formed in 2014 the band came straight out the gates with a 3 track self titled EP which received a good response from local critics and fans alike. The past two years have seen Lord Vapour perfecting their live sound by gigging extensively both locally and off island including smaller headline festival slots.

May 2016 saw the digital and physical release of Lord Vapour's debut album "Mill Street Blues" which has had extremely positive online feedback from the likes of TheEvilEngineer.com, Morefuzz.net and ripplemusic.blogspot.com. As well as placing two months in a row on the Doom Charts the album continues to sell via bandcamp.

The end of 2016 saw the band take to the road for their first ever UK tour which was very successful and defiantly a highlight of 2016.

2017 saw the release of "Through the doors of Kukundu," the first single of Lord Vapours soon to be released 2nd full length album. Lord Vapour also took the European road in 2017 for their first EU tour which saw the band gigging over France and Germany.

Following the end of 2017 the band have been writing their 2nd album which they will be recording and releasing sometime in the first half of 2018!