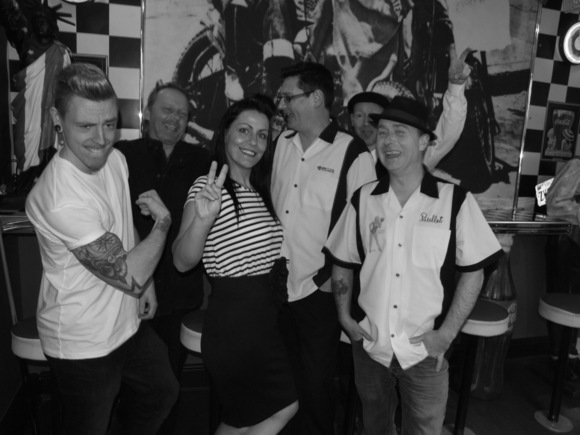 Little Jo & the Misfits are a six piece band from Runcorn.

They are quickly gaining a reputation for themselves as the band to have at festivals and venues, as they bring a fresh sound and variety of material rarely seen in the UK. today.

Formed in early 2012, Little Jo & the Misfits Have been working hard to bring their take on Blues, Jazz, Swing and Rockabilly to as many venues and audiences as they can. Drawing influence from a wide spectrum of artists such as Louis Jordan. Imelda May. Little Walter. T Bone walker. Billie Holliday… it’s a long list.

The strong. velvet, versatile voice of Little Jo has won the heart of many crowds in the short time they have been playing. Backed by a well seasoned band of musicians collectively called The Misfits!