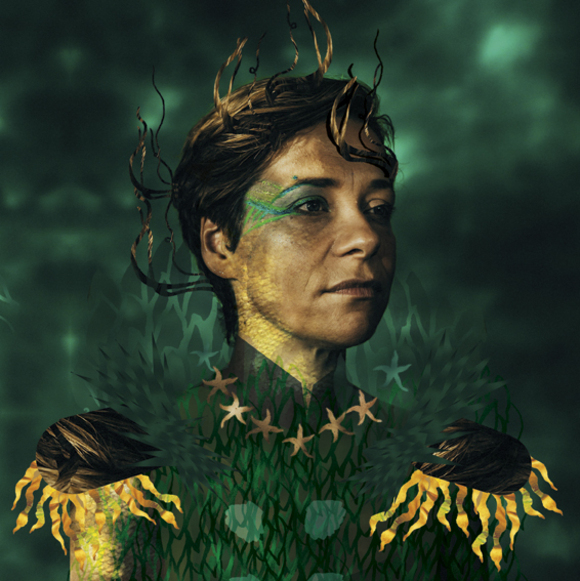 An epic artwork in which Linas voice, music, lyrics and arrangements creates a brand new universe for the listener. This CD includes music written on commission by Norrbotten Big Band but also music with her own unconventional all star band. Cecilia Persson, piano, David Stackenäs, guitar, Josef Kallerdahl, bass and Peter Danemo, drums.
Lina Nyberg is one of Sweden’s most creative and innovative jazz singers. For about 20 years she has been attracting consistent and widespread attention, in Scandinavia, but also in other parts of the world.
In March 2011 Lina Nyberg was awarded the prestigious Jazzmusician of the Year- prize by the Swedish Radio ”…one of the strongest voices in Swedish Jazz. A unique singer, composer and lyricist that both touches the audience and has a strong sense of humour. A personality on the stage that Swedish Jazz can not do without.”

The Vancouver Sun (from the USA/Canada tour in 2013): “Swedish singer Lina Nyberg and her backing trio performed a quirky, nuanced set full of inventive originals and imaginative covers, her approach sometimes tuneful, sometimes experimental.”
JAZZTIMES after Berlin Jazzfest Germany : "…the intriguing and unabashedly eclectic Lina Nyberg... Nyberg cooks up new flavors in the vein of jazz-¬inspired art pop, a fresh sound very much worth seeking out." JOE WOODARD, JAZZTIMES
Jazznyt (DK): ”Lina Nybergs expression is modern and courageous. Her vocal sound and width is large and she´s using it without inhibition. That´s why ”The Sirenades” is an album that will last long.”
SIDE2.no (NO): ”The best from our fellow sister-country” ”The vocalist, composer, lyricist and band leader Lina Nyberg shows us once more that we have to do with world class.”
All About Jazz: ”…playful and whimsical but also thoughtful and profound; carefully arranged, melodic and even sentimental, but also borders fearlessly with the experimental… The Sirenades is a most inspiring, profound work of art…”