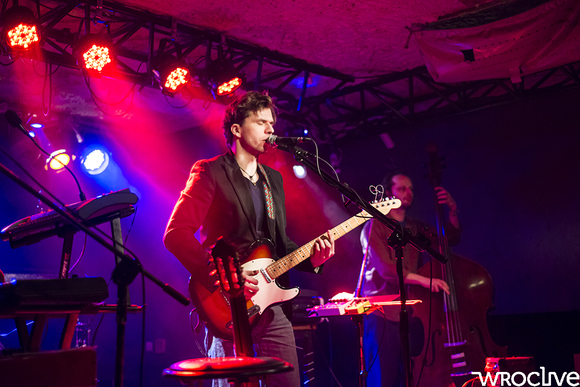 Try to imagine Blind Willie Johnson and Nick Cave in a single body.

Then a bunch of stoned free jazz musicians and a group of tibetan monks throat singing. And all of them conducted by resurrected Frank Zappa! This is Limboski!

In 2010 he created Limboski that was a continuation of a former Limbo group which released one album. Cafe Brumba album released in 2010 which was warmly welcomed both by critiques and the audience. Limboski as a leader artist is considered as one of best young polish songwriters and the band is one of the best improvising groups in Poland.

After releasing “Verba Volant” album in 2014 Limboski is considered as one of the best polish songwriters and the group is well known for it's overwhelming live concerts!