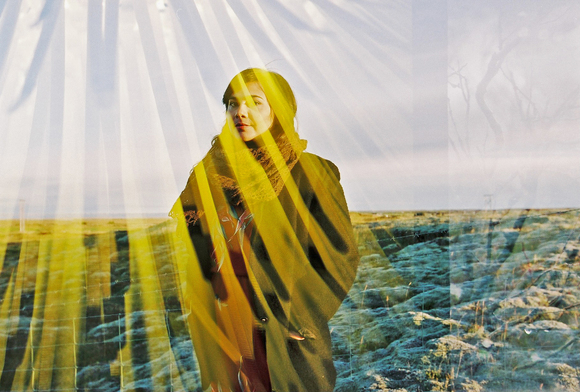 Born in London to a Sri Lankan father and Icelandic mother, LAY LOW’s musical abilities stretch as far as her geographical heritage. Although her new material is taking on a new trip hop twist, LAY LOW’s distinct musical journey can still be felt at its roots, producing a honed yet experimental sound that is all her own. Vocally LAY LOW combines a rich chocolate sound with a sweet cinnamon rasp and a sip of whisky to take the edge off.
LAY LOW came about in 2006, after Lovísa was contacted by a local label that picked up on a raw demo that she had uploaded onto MySpace. Not one to waste an opportunity, LAY LOW’s debut album ‘Please Don’t Hate Me’ was released that same year. An intoxicating take on classic Americana sounds, the record topped the Icelandic charts and became the bestselling original album in the country, winning no less than 3 Icelandic Music Awards.

On “Brostinn strengur” (Broken String), her 3rd LP album, LAY LOW explored her talent for collaboration, harnessing the energy of Icelandic female poetry over the last 150 years. Using the poems as her lyrics, she sings in Icelandic and creates an enchanting sound of soothing folk with experimental indie twists. Nominated for 5 Icelandic Music Awards, the album was commended as her most experimental record yet, showing a confident use of LAY LOW’s broad range of musical styles.

“It’s time to attend to the pieces of my heart, I routinely tucked away for the most part...”

Born in Croydon, London to a Sri Lankan father and Icelandic mother, LAY LOW’s musical abilities stretch as far as her geographical heritage. Starting out as a pianist and bass guitar player; she has jammed on keyboards and synthesizers with alternative rock band, Benny Crespo’s Band and found her voice in blues folk and a little honky tonky bop collaborating with producers such as Liam Watson. Although her new material is taking on a new trip hop twist, LAY LOW’s distinct musical journey can still be felt at its roots, producing a honed yet experimental sound that is all her own.
After several projects in Icelandic, LAY LOW - returns with a brand new English lyric album, Talking About The Weather. Released initially in Iceland late 2103 and set for international release autumn 2014.

Recorded and produced by Lay Low herself during a period of creative isolation, the new material has been mixed by UK producer and Communion co-founder Ian Grimble famed for his work with Mumford & Sons, Travis, Beth Orton and, most recently, 4AD’s Daughter.

Following Lay Low’s Live At Home show in May 2013 - which, on the back of international tours with Of Monsters And Men and Daughter, saw Lay Low simultaneously perform to a handful of house guests and an online audience of thousands - the decision was made to draw a line in the sand.
After three-well received solo albums (one in Icelandic), it was time to start again.

Since Bobby D crashed his Triumph Tiger, it is a course that countless artists have set upon. In Lay Low’s case, she retreated to Hveragerði, and the relative isolation of her home studio, coupled with her parent’s Reykjavik basement. Inspired by a room full of instruments, she pressed record - the only outside contribution coming from Bassi (Benny Crespo’s Gang) who plays drums.

The results are thrilling.

“Giving up isn’t an option anymore, I’m floating to where I belong... “

Talking About the Weather marks a new beginning for the multi instrumentalist and talented singer-songwriter.

What People have said about LAY LOW:

"One of the best new artists I’ve heard in years."
Lucinda Williams

"It is simply impossible to ignore one of the most terrific female vocalists - and songwriters - to come out of Iceland in recent years."
Indierockcafe.com

"It feels like sipping whisky and holding a cigar whilst dancing in the dark. It's moody yet playful, considered and understated...an excursion you don't want to come home from."
Black Plastic

"It’s spare, rare, and achingly debonair beyond compare…If you’ve known love and heartbreak, then Lay Low will suck the poison right out of that snakebite."
Caughtinthecarousel.com