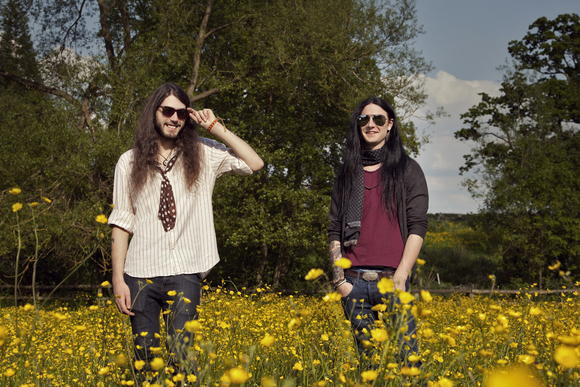 Created from the ashes of the Birmingham scene that created Peace, Swim Deep and JAWS, they bring a new aspect to the scene, keeping the shimmering guitar effects that shaped the sounds of their Birmingham peers then adding in endless hooks, powerful vocals and driving bass, they’re not genre defining but sound like nobody else. Led by vocalist and guitarist Luke Mendonça and supported by Dave Cartwright (Bass), their varied live set has been described as electric by the few people who’ve had chance to see them, playing just a handful of shows since they’ve been together, treating only midlands audiences to their performances as of yet. Alongside a new single and accompanying cinematic video, directed by Andrew Rutter, plans are being made to take their show around the UK later this year.

2013 saw the band release their debut single ‘Lose Faith’ receiving critical acclaim from BBC radio 1 DJ Ally McCrae, writing on his personal blog “Cut from the same Midlands cloth as Jaws, Peace and Swim Deep but with even more pop shout a long moments, there’s a fist in the air feel to it, which will always, always grab my attention”. Their follow up single ‘Sweet’ saw further radio play from Goldierocks on The British Council show The Selector, as well as receiving airtime from numerous Amazing radio DJ’s.

Working with producer Dreamtrak (Foals / Swim Deep / JAWS) and recording with Gavin Monaghan (The Editors / The Twang) at his studio The Magic Garden. They’re latest offering ‘Capitol Hill’ due to be released this summer, features an infectiously catchy riff, driving bass and eerie guitar sounds, typical of their no-frills style. The song is under 3 minuets long, jumping straight into the hook, wasting no time going into the darker verses then building back up to the riff, continuing to build to the end of the track.

‘Capitol hill’ along with its accompanying cinematic video is due for release via iTunes this summer. Plans have also been made for a concept E.P. working in collaboration with Andrew Rutter to create a short film, to be released later in the year.

Watch the video for ‘Capitol Hill' below via the private Vimeo link below, the password is:- yellowbear