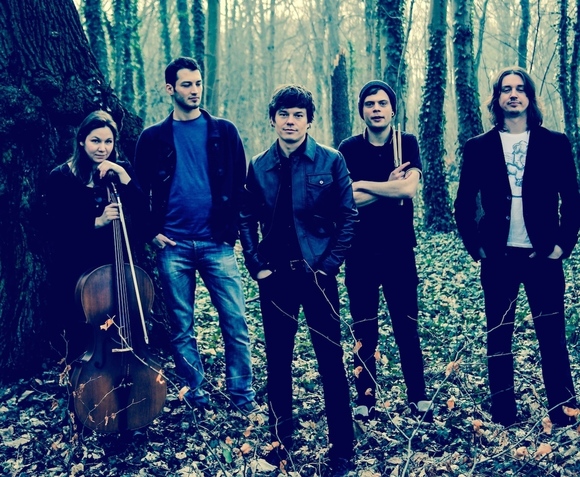 The band Lapwings, based in Berlin, with musicians stemming from different walks of life, derives their name from the folkloric bird of ancient Egyptian hieroglyphs representing newcomers to a –for them – foreign land.

The 5-member international band began as Jeal, lead singer songwriter, cut his ties with the corporate world in 2013 and left his home in Belgium to give into his musical ambitions. After meeting and playing with cellist Natasha Jaffe the match was lit, that would later light the fire for establishing Lapwing’s unique organic sound and the band itself in 2015.

Different than the bird and its piercing trill, Lapwings forms a misty ambience with its light, smooth melodies, dynamic folk rhythms juxtaposed by melancholic lyrics. Its music is marked by elegance, repose and excitement bristling with warmth.

As the band continues to evolve, it performs in various formats, either as a trio with the third official member of the band Francesco de Rosa on the keyboard or with five parts complete with drums and bass for larger venues.