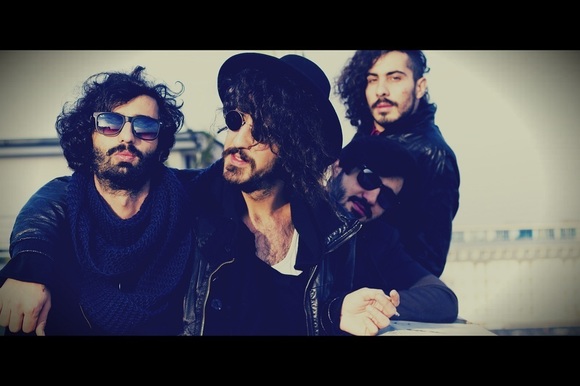 "Arctic Monkeys" meet "Foals" meeting with "Does it Offend You, Yeah?", meet "Art Vs, Science" listening to "Late of the Pier", with just a touch of the "...Peppers" funk and the aggression of "Nirvana" , Playing together in a damp basement in the heart of Tehran, is almost what you could say if you want to describe the mood and style of the Langtues' music and performance.


The rest is better to be heard and seen in person.

Influenced by so many artists of different genres, from Alternative/Indie Rock, to Heavy Metal, from Disco Punk, to Elctro-Dance Rock, from Hip-Hop, to Electronica and Trip-hop, Behrooz Moosavi And Kamyar Keramati joined together and formed Langtunes in 2009 basically as a cover band. After an underground performance in the winter of 2009 they decided to move on and started to work on their own music. After recording a couple of songs, they went on a tour in Istanbul.
They've recorded and self-released two demo CDs. "Sentimental Disasters" in 2012 was followed by a short tour in Germany and Istanbul and in 2013, "The Bright Ages" was followed by a 3 months European tour.
In 2014 they self released an EP called "The Story Of Us" which was supported by a 3 months European tour which resulted for them to be signed by the Nuernberger Indie label, Parvenue. Later in 2014 they released their first official album "Teherantor" in Germany.