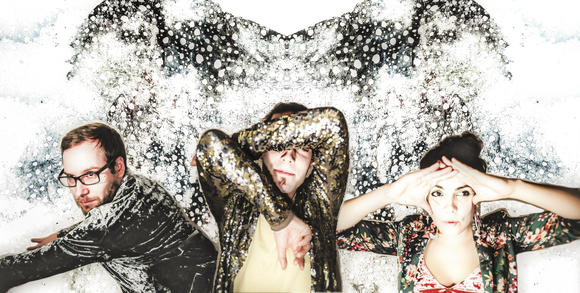 “Kukushai are not your usual jazz band at all.

Sometimes it seems they just go crazy and fight through the huge genre palette of punk, rock, pop and anything alternative.” BEEHYPE

“Kukushai has their own language, where sonic formations are way more important than individual solo features” JAZZETNA

"“The sonic body of the album Fruitile is chiselled into a tall youngster that with one leg, stands in art pop, with the other in jazz and improvised music, whereas his head explores the punk outlook.” RADIO STUDENT

Kukushai is an avant-garde pop trio from Slovenia, writing & performing their original music.

The group first presented themselves with their self-titled EP(2014) and successfully manifested their unique line-up, "From passionate cries to nearly hypnotics parts, it is certainly quite convincing" as described by some critics.

Their new album “Fruitile”, released in May 2017 on ZARS, reflects the band’s distinct blend of melodic elements within unusual harmonic and rhythmical textures, painting a finely detailed sonic image of rich colors and bold, accented lines. The lyrics are playful, often surrealist, predominantly expressing the bewilderment of man in a world he wants to control, but has no real grasp of.