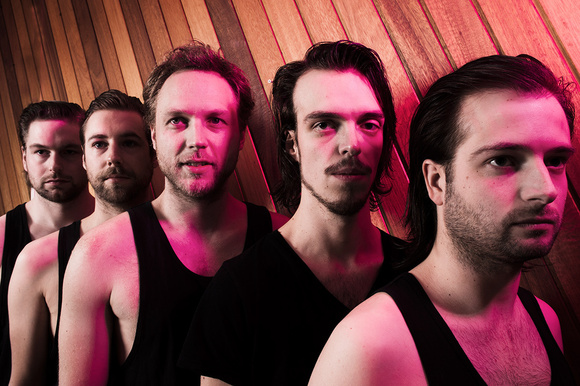 In 2011, the self-titled debut album received overwhelmingly positive reviews, and the two singles – 'And So I Do a Little Dance' and 'Do The Wave Now' – got significant airplay on Dutch radio stations. Krach was also chosen to perform at Eurosonic/Noorderslag, Metropolis, and Valkhof Affaire. Why? Because the band delivered a brutal show in which rock and dance seamlessly merged together.

On April 14, Krach will release their second album, 'Last Time I Checked This Was My House'.

Last summer, the band entered producer Reyn Ouwehand's (Mister and Mississippi, Kane, Coparck) studio in a converted church, where they handed him the reigns to produce their second album. Their objective: more groove, boldness, and unity, while maintaining their signature combination of rock and dance inspired by the Belgians and Brits. Setting out to record a song a day, within 10 days in the studio, their new album was born.
With a new record in tow and instruments in hand, Krach will be returning to venues and festivals this year. What can the audience expect? A well-oiled, electric machine that pushes, pulls, and pummels the audience until individuals meld into a churning mass. Krach’s mission is simple: thoroughly lash its audience into a total state of trance, leaving the club owner in utter fear to behold what’s left when he turns the lights back on.