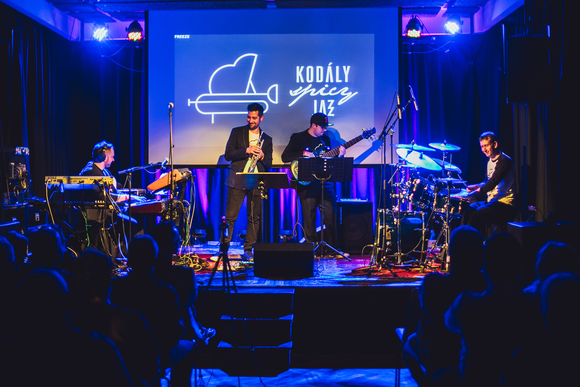 A few hundred years ago people used to express their feelings: joy, sorrow through folk songs.

If there would have been any toplists at that time the songs pursuing it would have been about the same topics as today’s radio hits.: nostalgia, love, being happy, heartbreaks and letting go.
At the beginning of the 20th century Zoltán Kodály, the most influental agent of folk-music research and documentation repopularized those songs. Now it’s time to make it possible for today’s youth to reconnect with such heritage of popular music and performance pieces through trending and creative 21st century platforms like Youtube, Facebook, Spotify or Deezer.
Philosophy of Zoltán Kodály’s ouvre „let the music be for all!” – We rebrainstormed it:

LET KODÁLY BE 21st CENTURY YOUTH’S ALL AROUND THE WORLD!

This is the goal of Kodály Spicy Jazz, which starts in 2017 commemorating the 50th anniversary of Kodály’s death by the initiation of Music Fashion.