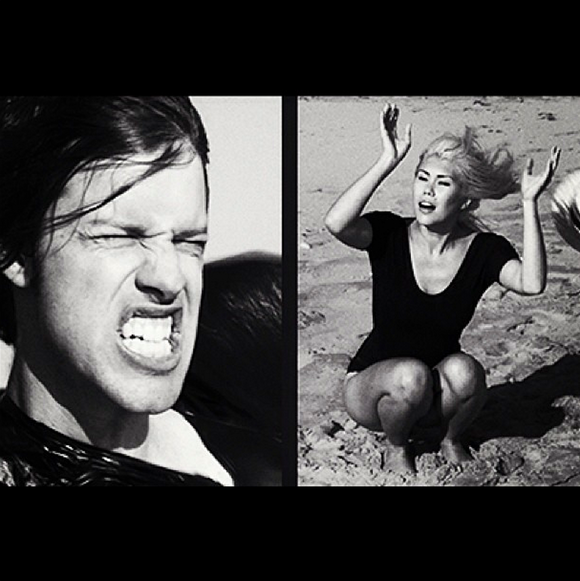 The first single off their forthcoming sophomore EP, 'Back The Fuck Up', was recorded in a Melbourne bedroom and finalised in Atlanta with Grammy-Nominated engineer, Blake Eiseman (Outkast, Jay-Z, Destiny's Child, TLC). Tastemaker blog High Snobiety called the music video “one of the most visually stunning videos released this year (2013)”, and the single rose to #1 on both the Electronic and Overall charts on Triple J Unearthed within days of its release.

Lead singer Youka, originally a classically-trained violinist, and producer Adam, who started out as a hip hop bass player, have collaborated in numerous bands since 2004. They formed Killbot Kindergarten in 2009, and have since performed in Australia, Europe and USA alongside artists such as Hiatus Kaiyote, Dizz1, Harmonic 313, Clark, Suff Daddy and Wolfmother.

Killbot Kindergarten’s debut self-titled EP is available now through Bandcamp, iTunes and Spotify. Their latest single ‘Back The Fuck Up’ is available now on SoundCloud, with sophomore EP currently in production and scheduled for release in 2014.

“(Killbot Kindergarten) combines Future Beats with Neo-Soul vocals to create a strong and beautiful retro-futuristic vibe. If Duncan Jones is really going to film his homage to Blade Runner any time soon, he might want to look into the band’s music.” – Curbs & Stoops, NYC/BERLIN

“Killbot Kindergarten play an imaginative and eclectic blend of sensual synth pop, sounding like an odd mix between Toro Y Moi and Sleigh Bells with a bit of hip-hop and blasts of soul thrown in from time to time.” – The AU Review, AUSTRALIA

“Supposing two human kids were conceived by robots, who just happened to be making love to Barry White... the end result? Killbot Kindergarten. Retro-Futuristic-Love-Music is a fair way to sum up the pair, emphasis on the love-music, the music carries you in such a way that your body involuntarily begins to hip pulse and gyrate, real slow and steady-like.” – Press Record Online, AUSTRALIA