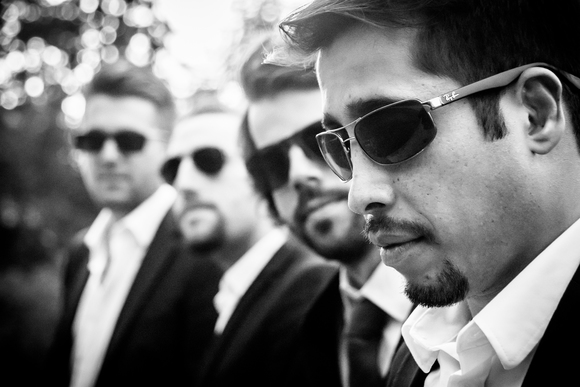 Describing their style as “Modern Blues Rock”, the band plays mostly Colling’s own compositions and ventures into different genres such as groove, funk and especially rock music – without ever giving up their blues roots. In 2014, the band won the So Blues (Europa Jazz) Award at the blues springboard of the RDV de l’Erdre Festival in Nantes (FR) as well as in 2016 the springboard of the Bagnols Blues Festival in Bagnols-sur-Cèze (FR). Plus, they have been selected to represent Luxembourg at the European Blues Challenge 2017 in Denmark.

A regular on stage and at big music events, the Kid Colling Cartel played more than 50 shows in Luxembourg, France, Belgium, Germany and Lithuania, including opening for John Mayall, Aynsley Lister and Larry Carlton. Their shared love of music and their harmony on stage are undeniable and Kid Colling, although he is a guitarist first and foremost, stands out as a singer with a distinctive and adjustable voice. It is important for him to not limit the Cartel to a specific style
and to address a larger audience rather than only blues devotees.