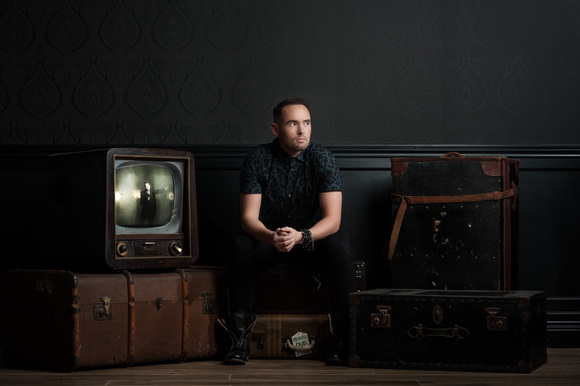 Dublin born singer-songwriter, Keith Cullen, has been honing his musical talents since a very young age.

Throughout his youth Keith travelled Ireland with musical theatre company’s and at 18 was accepted into the London School of Performing Arts, however, he put his musical ambitions on hold and spent several years exercising his entrepreneurial skills while he ran his own successful businesses.

In 2010 Keith decided to return to his musical roots and teamed up with singer-songwriter and producer JJ Daly with whom he spent eight months in the studio creating his debut album.
Keith says of his album, “there is not a typical box that this album can be put into. It’s music that I really believe in and came from no tricks or gimmicks, just great music and big vocals. I am really proud of the finished piece and I’m excited for people to hear it and even more excited to perform it live.”

Keith has been fortunate enough to perform to a sold out Olympia Theatre in Dublin where he supported other artists. Keith has performed at festivals and events all over Ireland and is now focusing on the UK, and is delighted to announce that he has recently signed with Notting Hill Music.

Please visit www.kcmusic.ie for Keith’s blog and some album samplers

“Keith Cullen has an unerring instinct for quality pop. He sings songs as if he’s lived in them, always injecting just the right level of passion and never overdoing it. It’s a skill others in the pop field could learn from.”
Jackie Hayden, Hotpress

“Keith has one of the best voices around, and a great sense of melody. He hits the kind of exciting high notes that have made fun so successful recently. It’s surely just a matter of time before his talent gets recognised by the media.”
Dominic King, Multi Million selling Songwriter

“Keith brings a great purpose and honesty to all that he does. He strives all the time to be better.”
Joanne Byrne, Presence Communications