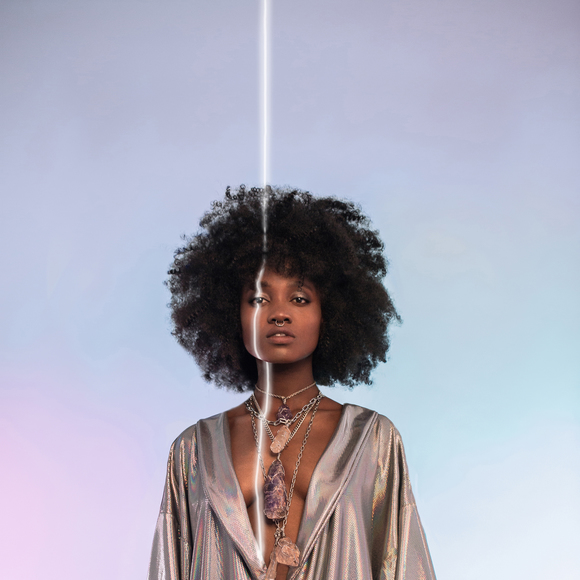 Kaleo Sansaa can best be described as a new comer enchanting audiences with a brand new sound: Sun-Drunk Sound and Solar-Based Hip-Hop!

Kaleo Sansaa invented the terms Sun-Drunk Sound and Solar-Based Hip-Hop in June 2019 to adequately describe her unique sound. Solar Based Hip Hop is an unfiltered expression of the soul. Kaleo Sansaa’s music is loaded with hypnotic experimental Hip-Hop Beats and centers around what she calls the ‚Solar-Based Philosophy‘.
The zambian artist is based in Cologne Germany. She has been nominated for several awards in Europe, including the award for best new comer by Pop NRW in 2019. In July 2018, Kaleo Sansaa toured in southern Africa . Since the release of her first E.P. ‘Purple Moon’, Sansaa has been acknowledged as a multifaceted insider-tipp on european and southern African stages. After her nomination for several festivals in Barcelona, Kaleo Sansaa won best music video at the Berlin Shortfilm festival. Kaleo Sansaa is currently on touring Europe to promote her upcoming E.P. ‘Paradise not Lost’ that will be released on December 13th 2019. The next big project on Kaleo Sansaa’s journey is her debut album that will be released in 2020.