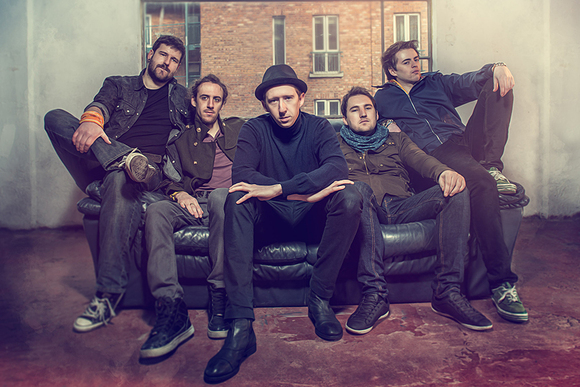 JUPE deliver an explosive mix of club dance beats and lyrics that are set to explode onto the global scene.

The Dublin based 5-piece are setting the music scene on fire with their once in a life time sound and mesmerising live shows, leaving fans wanting more.

Their debut single "Across The World" set the soundtrack to countless summer parties and late nights throughout 2013, receiving extensive airplay across Ireland, the UK and Spain. The trademark JUPE blend of pop, rock and dance in tandem with their explosive, high octane shows & media appearances, have helped JUPE carve their own path on the global music scene.

Their growing list of collaborators reads like a who's who of the global music industry's favourite personalities, featuring Grammy Award winning producers, an extensive back-catalogue of headline shows, and support slots with household names like Bobby Kimball of Toto and Mumford & Sons.