June Victory and the Bayou Renegades 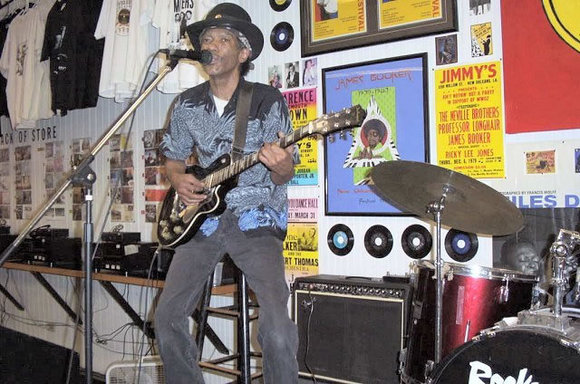 June Victory and the Bayou Renegades are a New Orleans treasure, a legendary Indian Funk band.

They have toured the globe and licensed their music worldwide but aren't very well known in their hometown of New Orleans.

Gambit Weekly says Victory burns with his seductive guitar work which is at once minimal and intricate. His soloing is so tasty and lacks the excessiveness that hampers so many other guitarists. June Victory overflows with talent and deserves greater recognition.

The music of the Bayou Renegades is one of New Orleans' greatest musical hybrids, Indian Funk. Bands like 101 Runners, the Spy Boy All-Stars and June Squared are the top purveyors of this uniquely Crescent City sound.