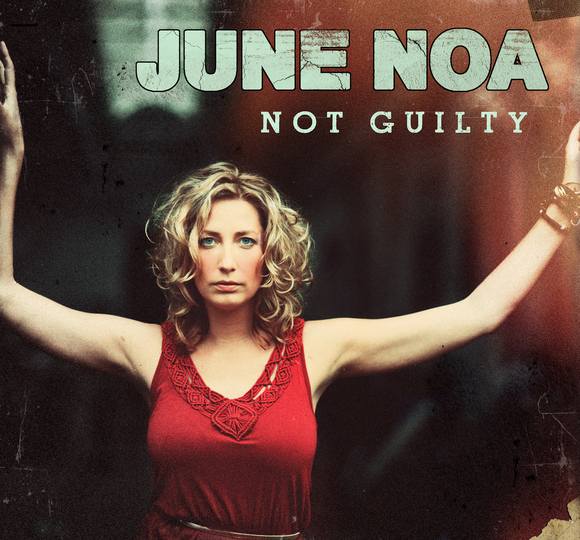 When June Noa heard her father play the piano, she was immediately touched.

He stood at the base of her musical development teaching her about soul and motown classics. After the sudden death of her father, with whom she shared her love of music, June dealt with her sorrow by putting her feelings and emotions into songs. She's a blue eyed girl with black Soul in her heart!

June Noa found her musical inspiration in musical greats such as Solomon Burke, Joss
Stone, Tina Turner and ‘James Bond’ composer John Barry. Other major influences are Sharon Jones & The Dapkings, Candi Staton and Naomi Shelton & The
Gospel Queens. All these artists reflect in the sound of June Noa.

Soul with a touch of Pop
At age 18 June met producer Joachim Vermeulen Windsant (Future Presidents).
They played with different styles and June learned to use her voice in different ways. June got more and more experienced and decided that it’s time for her own voice to come out.
Together with Joachim, she ended up behind a piano and formed the foundation
of June Noa 's 2012 released EP "While The City Is Sleeping".

No less than dutch popprofessor Leo Blokhuis presented the EP release in
Amsterdam. The response was overwhelming and it didn’t take long before June Noa was invited by the populair Dutch talkshow ‘De Wereld Draait Door’.
Her emotional and intense single "If I Ever Leave You" made a good first
impression to the Dutch viewers at home. Soon after, another great
oppportunity came knocking. KFC was looking for a new sound for a brand new commercial containing the song "She 's a Lady" written by Paul Anka. KFC loved her take on the song and it is now aired frequently in all the the homes of Great Britain and Ireland.
Around the same time June Noa gets in touch with ex Fugees rapper Pras Michel
for her song ‘High Heels’ and recorded a rap especially for the song.

From EP to album
After the positive feedback she got on her successful EP, June decided to realize her ultimate dream. Through her intense way of living, June collected enough inspirational subjects to fill a complete album. Steven Greenwell, known for his amazing mixes for Joss Stone and many others, signed up for mixing the album. "Motown Engineer" Bob Olhsson took care of the mastering.

Not Guilty
Emotions that we all have to deal with in life, that's what June Noa writes about.
She is often guilty of not taking responsibilities: she is no ordinary daughter with a stable job or even holding a job longer then 6 months.
she is the perpetual late bloomer, she sometimes makes the wrong choices by accident and easily falls in and out of love. But she never regrets anything, this is the essence of her album "Not Guilty". The lyrics show the various aspects of June. Her music shows June’s endless
versatility. The album is a nice balance between heavier and lighter Soul/Pop.
Her songs are an extension of her personality: charming, cynical, clever,
vulnerable, challenging, cool, funny, dramatic, occasionally provocative, but still not guilty....