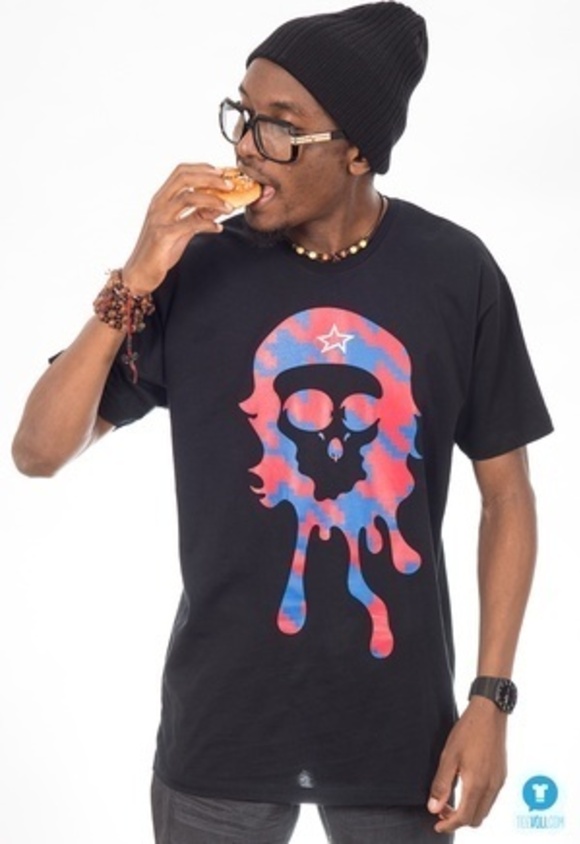 Have you ever been hyped to an extent you go home only to realize you left your voice at the event, yes!

It happens to most of us. A feeling Jozza K brings to life with his ability to move crowds from the get-go, his outstanding chemistry on stage and energetic vibrant stage presence that brings the music to life. From Arena killing performances in Stockholm, garnering reviews on Rap Major,Hype mag and countless more. They say numbers don't lie, well we'd like to include quality too.

The industry today is concentrated with musicians trying to establish their musical image by running through different niches of music to find their strong suit. Some easily enter the craft donning a command and presence in their music, image and talent. Jozza K falls in the latter category. His latest single release, we gettin’ it, is an ecstatic and a hype packing track that portrays the ability of an artist, whose music regardless of content can set emotional and mental tones in the best possible ways, while drawing listeners to take a trip in his lyrical territory.
A teen that has come up in Stockholm, Sweden, Jozza has always been a hands on person. Learning to make beats in Fruit Loops studio program at 16. He explains, “A friend came over with the demo at first and I never took my hands off it. I also kept filling my school books with lyrics to fit my amateur beats. The front looked legit, school work and all, but the back of the books looked like a different world, my world, music. Sometimes it got frustrating because what you envision isn’t what you end up putting down. So I started listening to other people’s works and how they did it to diversify my sound.” I started focusing more on my lyrical content and free styling in school. “I could say this was where I realized my calling. When I just kept taking home talent show trophies in school and regional events.”
Graduating at the age of 18 he immediately started recording at home and passing demos out in public service vehicles and public places like malls etc. “At this time the conviction was strong, the only clear path ahead was music. It was the one thing that made me feel fulfilled.” Now recording in different studios in Sweden, Jozza attained an artistic edge as a songwriter, taking his influences, like Timbaland, Usher, Kenny Chesney, Missy Elliot, Jay-Z, 50 cent, Jermaine Dupri, Drake and Kanye West, and using them to form his own style. “Most parts of my childhood were a mix of country and urban music,” Jozza explains, “I’d jam and breakdance to some Missy Elliot and Timbaland with my cousins, then stare at the hills passing by to some Kenny Chesney as we drove to different places with my parents. I feel the urban music gave me a way to live on a beat, while the country music gave me a means to express myself on a beat.”
As Jozza’s name grew in and around Nairobi mostly with same age group peers, he ventured and released a homemade mixtape “I am Kinshu Vol. One”, which earned him some much needed radio play in Kenya’s Kiss100 FM and later, some average sized shows, this all went to bolster an ever-increasing audience. At the end of 2011, Jozza moved to Sweden. We know the challenge presented with entering a new area with no following. This didn’t stop him; he met with some friends who recorded him freestyling and had it go viral amongst Swedish friends on Facebook. This landed him 3 performances at the renowned Cirkus Arena in Stockholm, 7 months in the country. Having no set studio yet, he worked with a local producer named Fivoss and recorded a couple songs. One song “Farewell” sparked a buzz and generated major interest from some Swedish and German labels and in the end, he chose to sign with Joe Anan’s Uptown Europe label. “Joe was more of a father to me, I’d never been in a label before and he walked me through everything even before I joined. He advised me, gave me tactics to utilize when meeting my objectives and always was supportive. He, unlike the other contracts I had to go through offered me a lot of artistic freedom,” he states. “We agreed that I was under contract for a year, because I felt I needed to know if their effort compliments my drive. Then from therein I would renew if I saw fit to. But eventually I found it better to do it on my own, I loved the label but I felt I was doing a bit more than they were on their part. I still keep in touch, I mean, they were my first family out here.” he added.

Given the space and freedom needed to comfortably create his music, Jozza worked up Street Dreams. “I can’t begin to sum up the amount of times I had to scrape the whole project. We’d finish about 4-6 tracks and I’d have the whole team go from scratch. I really wanted to perfect it. As my first EP I felt it had to be perfect. I poured out countless experiences and feeling on it, so I wanted the listener to be able to associate what I’m saying, to some events in their lives. We recorded seventy-eight songs, and I picked fifteen. I had my family friend Sanjei go through and reflect on certain tracks with me, I kept refining and changing them until they were perfect to Me.” he explains. With various producers coming in to create the beats that suited his style of rap, the sounds they got are infectious, ecstatic and commanding ones. Evolved in feel compared to his old work he says, “It’s a different level from anything I had ever done. Everyone who heard it said this was a new me, a presence they waited for. I thought of it as a new beginning, not in my career but artistic self. During the making of the EP I was open to more experiences, feelings and things that changed my artistic perspective and way of detailing my craft.”
From the beginning of “Make No Noy,” the EPs first single, one hears the lyrical incisiveness, melodic wordplay and commanding tone set by Jozza. “Honestly I wrote this song after I went to a college party in Halmstad. After working for so long, I decided to let loose with the guys. Unluckily for us the neighbors tried to get the person throwing the party to cancel the party as it was affecting the surrounding community. I was turned up; I had spent weeks going over music and stuck in a studio working. I felt like going ham, and a neighbor was trying to shut the night down! How could they expect us not to get loud tonight?” Jozza muses, “But the vibe of it- ‘in a party with friends having a good time and wanting no one to ruin the night, feeling like that guy. It’s how everyone feels when they are out having fun through the night; don’t expect that we’ll make no noy.”

Of course, Street Dreams is more a story of struggles and victories, hustle and making it, Love and friendship, money and power. That hype feeling set in Make No Noy, a feeling of being in the zone, is also one that’s prevalent on Street Dreams. “Every time I listen to Make No Noy I just get off laughing. Can imagine performing it, it would be an interesting feel to the set. Me seeing things through a tipsy persons point of view – in that way that you’re slightly more aware of certain personal factors but not other things, and the open nature of such a person to express their inner thoughts aloud. I can’t imagine a sober person shouting ‘We’ll make no noy’. It’s too hilarious.” It’s that sense of open thoughts and personal experiences and feelings that sweeps through the entire EP, and with the diverse beats. Resounding organs, rhythmic drum sets, it’s walking through someone’s success and failures, fears and challenges, way of life in the span of fifteen songs. From the tone and delivery in his songs, it shows he doesn’t just rap or sing. He relives a moment long since and makes these moments three dimensional in the most powerful ways.

Jozza is currently in Stockholm, touching up videos to compliment the EP set to drop August 24th. “The two singles out have really reached out to new territories. I’m excited – there are thirteen more tracks on deck. I really can’t wait for fans to listen to this. A whole winter recording life events and pitching them in songs, an exciting experience I can never forget.”
From the two singles, “We getting it” and “Make No Noy”, Jozza is at a comfortable place with his style and form of music, coming off strong with excellent lyrical content in both singles. Giving off a feel of a reality based EP that speaks on where he’s been and where he’s headed, and one that is sure to amass the notoriety that is demanded by the depth and quality of his songs.