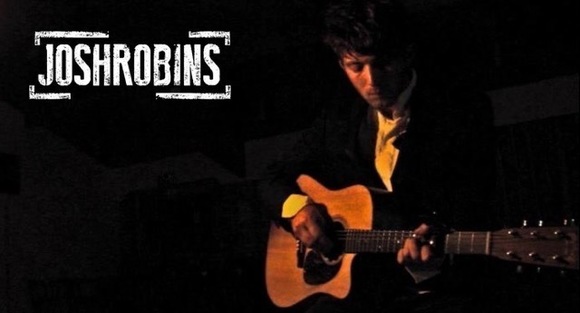 JOSH ROBINS At 22, Josh Robins is playing all over the country everywhere from pubs to festivals, currently recording songs and generating a buzz.

That is down to his confident ease with audiences, clear love of performing and especially songs that show a maturity far beyond his years. However, he is hardly an overnight sensation – he’s been learning the ropes for over a decade, and wrote his first songs aged just 13.
In his later teens, he fronted rock band Lady Gray – who were signed to a small label for two years – but when that band fell apart he was able to pursue the musical direction he’d always wanted, as a singer-songwriter rooted in indie rock, from the Stone Roses to the Libertines.
Today, drinking song Mr Lucky – which was actually written over two boxes of beer - channels indie, rock n’ roll and even skiffle to find a middle ground between Jake Bugg and Johnny Cash. The more haunting Not Impressed shows another side. He has an albums worth of new songs finished and “a million half written ones on the way”, and has played everywhere from the Man In The Moon pub in Cambridge to Islington’s 02.
“I’ve been fired from every other job I’ve ever had, but this is all I want to do and my whole heart is in it. I can’t get fired from this.”