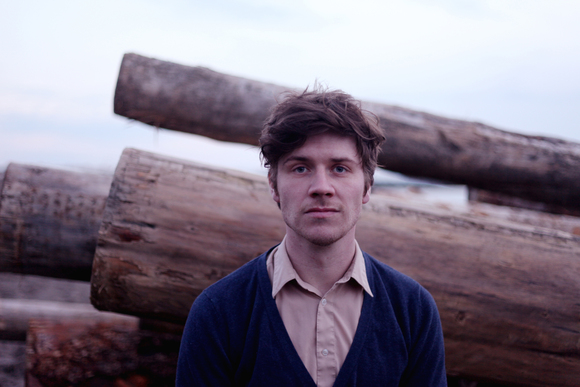 He's now gearing up for a EU/UK release of an EP in the fall of 2014 and his first introduction into the market. Having toured extensively through USA and Canada it is time for Klassen to fly over the ocean and bring his unique art-pop songs to Germany.

Jordan Klassen is a leader of the Peter Pan generation: a comforting voice for the lost twenty-something’s of the new millennium. Only difference is – he’s found his way. A seasoned songwriter from Vancouver, Klassen views the world through a beautifully kaleidoscopic lens, watching life’s splendors crash into the darkness. But with his pen as his greatest weapon, Klassen was given the strength to find the light. And with that came Repentance.

Jordan Klassen’s first full-length record Repentance is a tapestry of twelve elegantly crafted pieces – each inspired by his personal journey, coming of age.

“The album focuses on coming into your own in your twenties and dealing with that depression and anxiety that comes along with growing up. I see ‘repentance’ as turning away from something ugly and turning into something beautiful. With that I decided to use a lot of spring imagery. The album symbolizes the spring of your twenties – coming out of the cold of the winter into new life.”

Recorded at Buena Vista Audio with Producer/Multi-instrumentalist Jonathan Anderson (Aidan Knight, In Medias Res, Sheree Plett) Repentance bursts with honest prose and vibrant melodies, powered by Klassen’s enchantingly tender vocals. His soft anthems coloured with a rainbow of instrumentation (from strings, to horns, keys, and choirs, to glockenspiels, omnichords and ukuleles) paint an emblem of “hope” for the struggling and discouraged.

Since the release of Repentance in the fall of 2013 via Nevado Records (Yukon Blonde, Library Voices, John Grant, Bahamas, Royal Canoe, GROUNDERS, etc.) Klassen has been named CBC’s Canadian act to watch of 2014, toured North America (sharing the stage with bands such as Royal Canoe, Paper Lions and Good For Grapes) and played several successful showcases at this past SXSW. Continuing on his journey, Jordan Klassen has emerged from his ‘lost boys’ days and is taking off for a bright future.