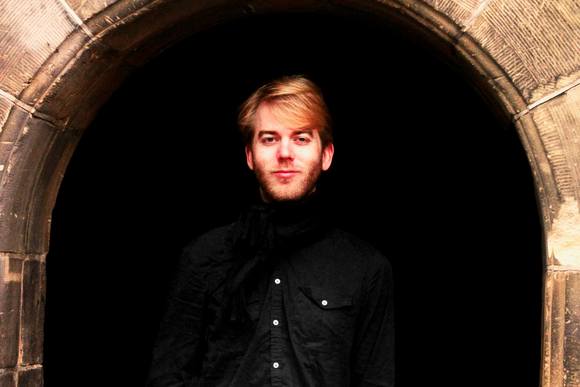 Johnnygoody is Luutzen Dijkstra, blessed with a great talent for writing melancholic songs.

This indie singer-songwriter began making music at a young age and decided to exchange his philosophy studies in The Netherlands for an uncertain future in the creative Berlin a few years ago. With success. Just listen to his stunning debut album Introducing. There is no better introduction than that.

Quotes:
- Music Review Unsigned: "'Introducing' is a thoughtful, highly composed debut from a very cerebral young artist."
- FestivalInfo: "Introducing can easily keep up with the releases of the big guys, which is remarkable for a self-released record."
- 3voor12/Friesland: "A strong climax and an intimate song with stunning harmonies is all Johnnygoody needs to show his skills as a songwriter." and "In the intimate living room setting Johnnygoody knows to convince the audience. It's impressive how vulnerable Johnnygoody's attitude is during the performance."
Highlights:
- Selected to perform on Dutch national TV as one of the nation's best singer-songwriters in 2012.
- Leading Dutch indie magazine 3voor12 featured debut album Introducing on their Luisterpaal and the song Same Old on their Hollandse Nieuwe compilation.
- Played Schokoladen Berlin, Tivoli Utrecht and Dublin Castle London among others.
- More than 40 gigs each last two years in Germany, The Netherlands, UK, France, Belgium, Switzerland and Austria.