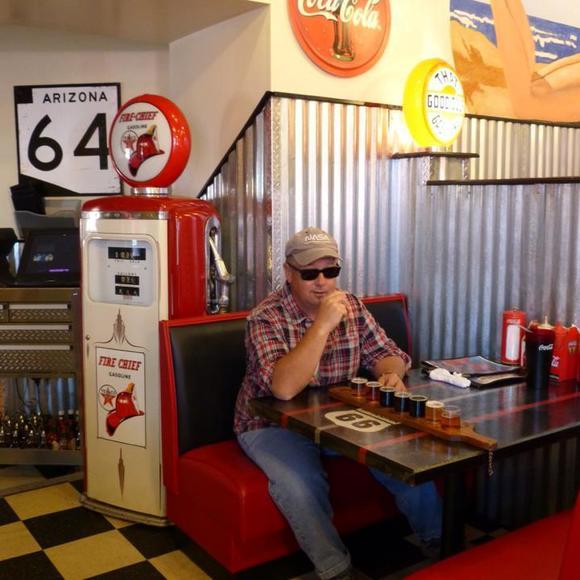 Earlier in the year I had the pleasure of hearing for the first time, and meeting Johnny Steinberg at FolkSpot Radio, who along with Natalie Lake and a couple of others had won support slots on tour for Dave Swarbrick, the Folk Legend. I was rather taken with his songs and we had a lovely chat that evening about the film Man On Wire which was the inspiration for his EP. I’ve heard him play once or twice since then and was happy to accept a press invite to his gig At Norwich Arts Centre.
He’s a very likeable and unassuming guy with a great way of storytelling and introducing his songs, plenty of dry wit between songs and a whole lot of depth within them covering a range of subjects. It takes some courage to take to the stage alone with just a guitar (and a loop for one song) and occasional harp as the venue is just starting to fill for Brass Monkey but his sound absolutely filled the auditorium, sounding rich, clear and punchy the guitar work perfect for his songs. For me it is all about the stories and the telling but when he sings … his voice is full, strong and clear and he knows how to project and he can play too.
Johnny has a very easy manner, drawing the listener into his world. On first meeting when he told me he was from Wymondham I mentioned I had not heard a local accent like that for a while and he explained he was from North Wymondham. He’s a Yorkshire gentleman through and through, friendly and interesting to talk to with a wealth of modestly told stories, which deserve to be heard. I admire what he is doing, his motives and his artist’s perspective. A lovely and highly enjoyable set. Johnny closed with an epic and very impressive Rocking in the Free World, the only cover in the set.