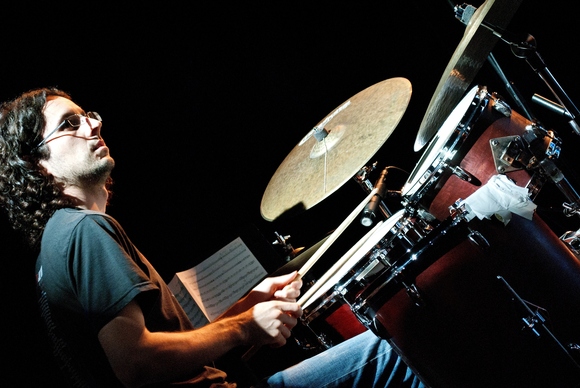 Joan Vidal Sextet is a project started in London in 2008 when Vidal, while studying at the Royal Academy of Music, decides to put together an ensemble with five young musicians from the British scene to perform his original music, which combines the traditional jazz style with the avant-garde of the European jazz (Kenny Wheeler, Django Bates or John Hollenbeck).

Now, based again in Barcelona, Vidal decides to reunite the ensemble with raising stars from Barcelona’s scene. After performing at the 606 Jazz Club in London, the Granollers Jazz Festival and Barcelona’s International Jazz Festival, the band has recorded his first CD with Quadrant Records label which was released in January 2012. The CD, “Depford Suite”, is a live recording of Joan Vidal’s jazz-suite based on the literary trilogy by the great Canadian writer Robertson Davies. The sextet has released his second recording, a homage to György Ligeti’s musical world called Illusionary Rhythms and has premiered "Revisiting Zarathustra" a suite based on Also Sprach Zarathustra by Richard Strauss. "Coleridge's Dream Suite" is the next project that features the sextet in collaboration with a Chamber Orchestra.