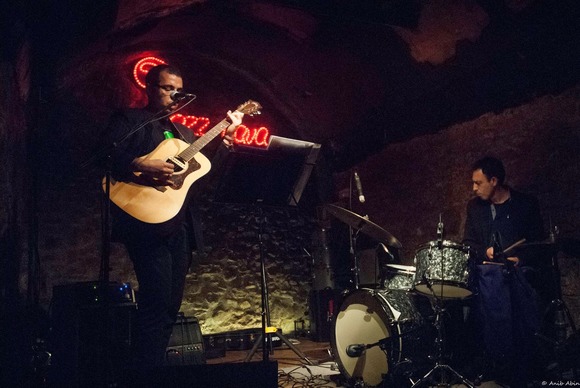 JIM SKILLMAN is the artistic nickname of Sergi Sirvent, as a singer/songwritter.

Is an poliinstrumentist, vocalist and composer; in the last 10 years his mainly role was as pianist/composer/bandleader of modern jazz and avantgard projects but he plays guitar and sings his songs from the age of 14 aprox.

From 2014, SERGI SIRVENT formed JIM SKILLMAN: a duet-band with drummer OSCAR DOMÈNECH. They now each other for years, ´cause they played toghether in another special band :HAT (jazz rock quartet)

The duet has recorded a new album untitled "Omelette Joy" at UNDERPOOL Studios, on March 2015, released recently this 2016 on SELFFISH RECORDS.

There is also a solo album recorded in Laietana Studis by Jordi Vidal (January, 2015) untitled “VOICES” that was released on 2015 by JUAN PALOMO RECORDS.