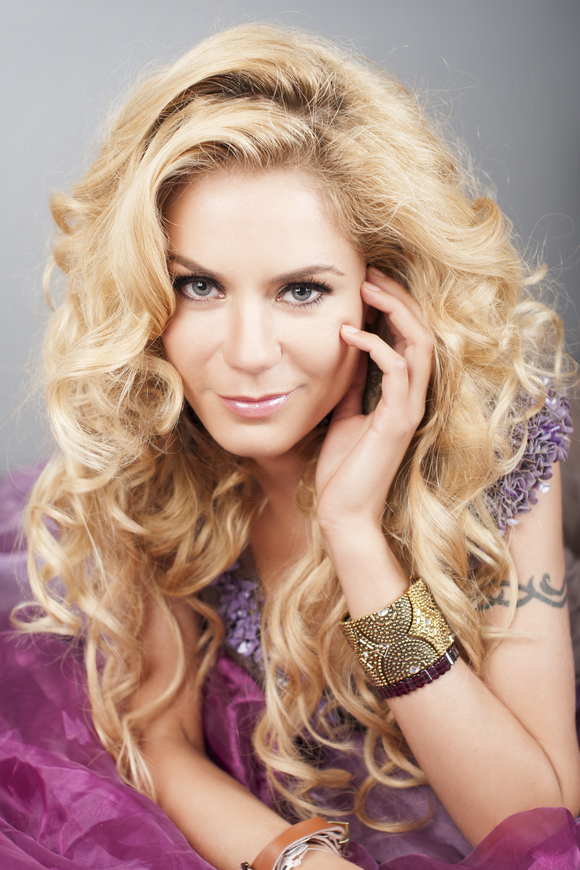 Jenny May, before became one of the hottest Latvian pop singers, was a violin player lived in a small country town Jekabpils.

2002-2004 Jenny May lived in Salzburg, Austria, where under guidance of a professional vocal teacher studied singing, pop & rock standards. Unexpectedly Jenny May took a part in a singing show “STARMANIA”, and resisting competence between 12000 participants, she was included among the best final 20 and competed for a main prize.

In 2006 Jenny May took part in Eurovision Song Contest with her single “I’m Alone”. Among 94 compositions in Latvian final of ESC it was recognized to be among 3 best songs.

2008 Jenny May signed by “ Microphone Records” - the leading label in the region and her second album released and become one of the most wanted in the market.
In 2010 her album “Nāk Nakts” was nominated for the Annual Award of the Latvian Music Records in the category of the best Pop album. Moreover, the song “Nāk Nakts” was nominated also in the categories of the best song and the best radio hit.

Since 2011 Jenny May works for new- latino project and has great success with her single “Es gribu vēl mīlēt”. This single was made in English (“Awaken My Spirit”) and Spanish (“Levantas Mi Alma”) languages as well.

At the moment, Jenny May actively works for her new Latino album and continues to please her fans with new hits.