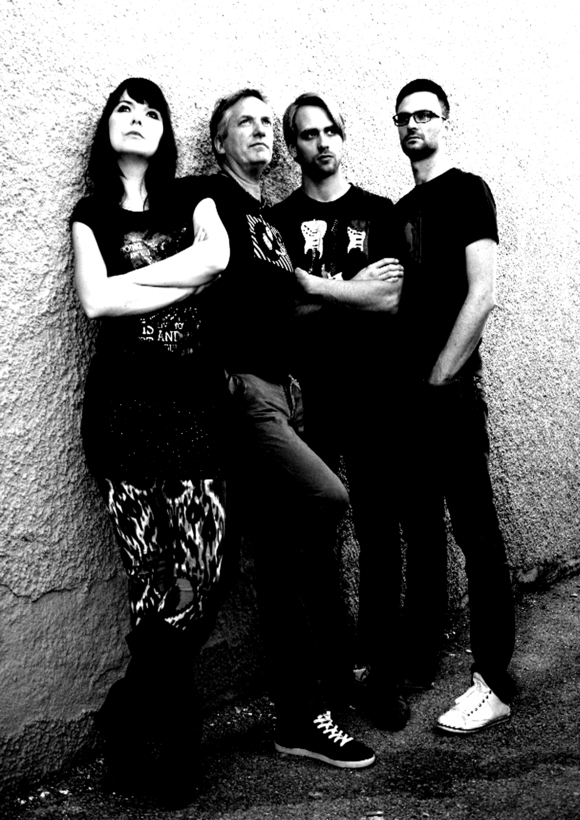 A particular aspect of Jeez: memorable and gripping lyrics worth remembering. What about their songs?

Jeez songs take you to a completely different level as their sheer power mesmerizes the listener. What a display of grandeur and sheer force!

The music played by George’s incredible keys, Tobi’s stomping bass, and Ulli’s rolling drums is completed by the unique and extraordinary voice of their singer Anja.

If you love catchy tunes combined with long rock jams, come and see us play live!!!

Jeez are based in Austria and they recorded their first album called People&Getöse in 2011. Their second self-titled album Jeez was released on September 25 2012.
Their music can be described as intelligent rock/pop: four talented and experienced musicians write rock songs that can best be described as weird and unexpectedly gripping. Their instruments are drums, keyboards, bass, and vocals: that provides them with an innovative approach when it comes to writing refreshingly different music.