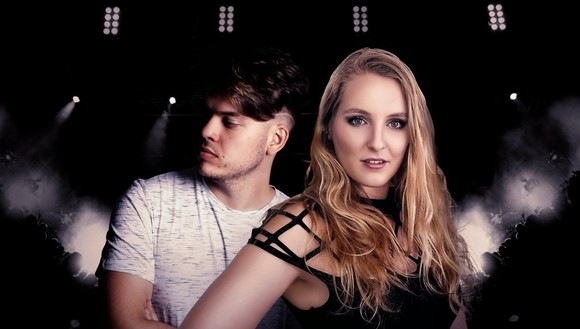 From London, Luxembourg and Spain, their music makes you want to get up and dance, with elements of Big Room, Electro House and even Trap.
After meeting in London, they met up in Spain to write & record 8 songs in 4 days! The first of these releases was 'Fire', released 25/06/2018, and charted 11th place on Beatport's Electro-House tracks. Guzman has since performed many of their originals at big Festivals, and they performed together this year at Spring Play Festival 2019 in Gibraleon, Spain.

Javi Guzmán, began his musical career DJ-ing in important clubs all around Spain at just 15 years old. He has performed under several previous names - GZM, GZM and DAKA, Discov3r, and Superactive. He was 18 when he formed the Discov3r team with Rafa Romero, releasing several productions, and performing in numerous events and festivals with thousands of audience members (eg. Dreambeach Villaricos). The team then split into Discov3r and Superactive, enabling them to release productions separately. They still jointly perform at numerous festivals; recent highlights include Ultra Europe (Split, Croatia).

Frances Leone has been in love with music since childhood; learning to read it aged 4, classically trained as a singer before branching out into writing and performing in her teenage years. At 16, she sung in pop and rock bands, appeared at festivals, performed in musical theatre and even opera. She was discovered by a filmmaker and invited to record her first original song and film a music video at Abbey Road Studios when only 17.
With a degree in Popular Music Performance, Frances settled in London and released her first EDM singles, namely 'Darkness' in 2017 with Frequency Records. She then released her debut EP, Playing with Fire in March 2018. This is an Alternative Electro-Pop EP, and draws on eclectic strands of current music frequently with a heightened sense of drama and occasion. While headlining London shows with her Electro-pop EP performances, her current writing focus is back on EDM.