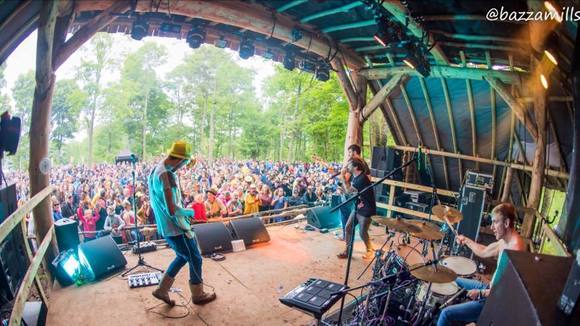 Who can say they won a dance off with a drunken Susan Boyle and gave Grandmaster Flash his first ever taste of Buckfast?

Jamie & Shoony don't mess around, they're a multi award-winning Rock/Rap group from Scotland that are championed for their exuberant live shows.

Ending a musical hiatus after travelling the globe writing and recording fresh material. Now they're ready to unleash their highly anticipated album summer 2020.

Touring extensively since 2014 playing to sell-out crowds up & down the country in some of the most famous venues like Glasgow's Barrowland Ballroom, O2 ABC and Saint Lukes, Stramash, The Liquid Rooms & King Tuts.

Named 'Best Live Act' by many critics it's easy to see why they have notched up over 40 festival appearances including prime time slots at Kendal Calling, Belladrum Tartan Heart, Eden Festival Lindisfarne and Party at the Palace.

Regulars on the UK festival circuit Impressively they have supported musical legends such as; The Sugarhill Gang, The Animals, Nile Rodgers & CHIC. The boys have rubbed shoulders backstage with many of their idles and have partied with We Are Scientists, The Fratellis, Vengaboys and Stereophonics to name a few.

"Mixture of Rizzle Kicks and Jamie T with a sprinkling of The View" - Jim Gellatly, The SUN