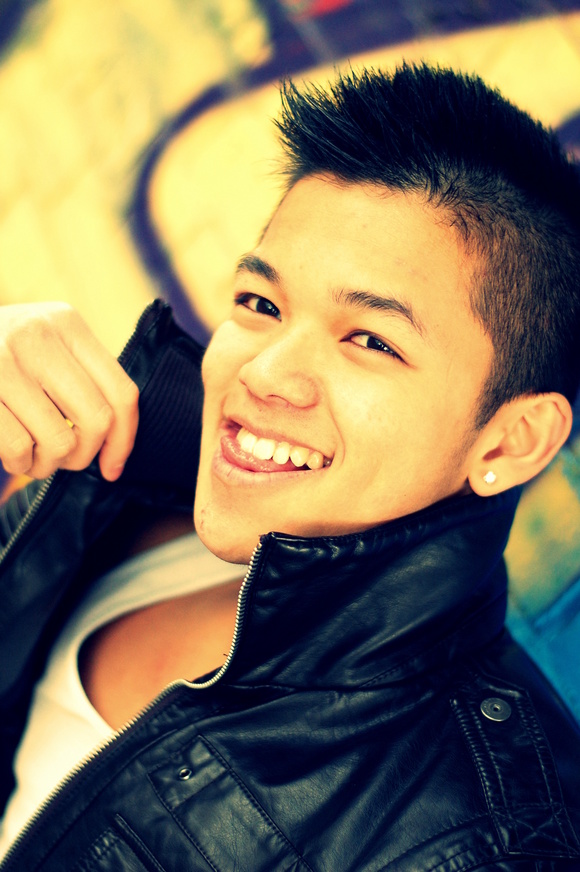 Jamie is a very talented Pop/R&B artist with great vocals and incredible dance moves. His talent and stage presence will be loved the world over and audiences will be amazed at his singing and dancing talent! His vocals bring them in and his dancing skills keep them mesmerized!

Trong’s motto, “A day without practicing is a wasted day”. With hard training, lots of ambition and an extreme dedication to his craft, Trong wants to achieve his dream of performing in front of screaming fans worldwide. As he states, “I want to have the power to influence people to achieve a better life and create an improved world”.

Trong Nguyen, (aka Jamie Trong) born in the small town of Bad Kissingen, Bavaria Germany, from Vietnamese parents. While in Germany his parents noticed his passion for music and sent him to a special dance school with a youth choir. Being the only Asian child in elementary school was not always easy for him, but at the young age of 8, when his performance ranked 2nd at the German Dancing championship, things began to change for Trong.

“Trong will make it and that I am sure of. His biggest strength is his ability to improvise on the spur of the moment and his gift to catch people’s attention immediately” Bad Kissingen Mainpost Newspaper
“This boy seems to have elastic bones just like his great role model Michael Jackson” Hammelburg Mainpost Newspaper
“Trong just made everything perfect” Adam Can – Dance Coach
“the 20-year-old professional convinced the audience with his performance and the world premiere of his song Fever showing his singing and dancing skills. It rained plush animals.” Roland PLeier Chef – editor of Mainpost Newspaper
 “At the Be Famous finals Trong, was being celebrated. The audience did not want to let Hip-Hop dancer Trong Nguyen go before seeing an extra performance.” www.InFranken.de
“Very likable and highly professional. A kind guy that sings greatly and performs (no!) rocks the stage” G.Y.P Magazine
“The young show talent continues to delight people with emotional pop ballads and hip hop dance. We’ll hear a lot of him” Wolfgang Braunschmidt Chef –editor of Neue Presse Coburg Newspaper
“He touches the audience with his incredible charisma. Trong is different – he works hard and determined to reach his aim – this young man will be a superstar for sure. Locker, lässig und selbstbewusst“ Markt Newspaper
“It’s incredible that a little man like him has such a strong voice” German most popular Music Producer Dieter Bohlen
“He sang two songs of the late “King of Pop” Michael Jackson, as if he himself was still alive – with voice and gestures perfectly internalized. When he danced he swept over the floor, became a robot human with a fascinating composition of elasticity and speed” Saale Newspaper