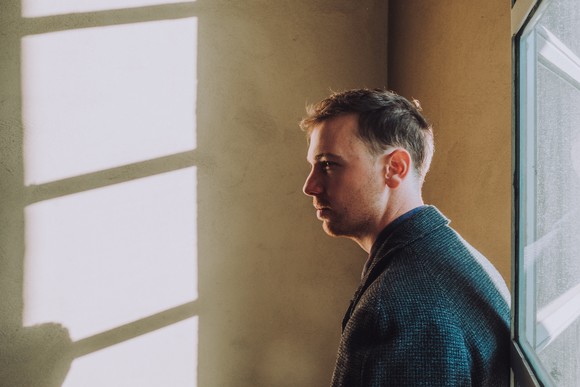 In 2015 James Chatburn moved across the globe from Australia to explore life as a musician in Berlin.

During this time, James released very few pieces, giving listeners a glimpse of what to expect, while he made music from a small room in a dilapidated old office building, left over from the years of the German Democratic Republic.

In the time James has been living in Europe, he has supported The Internet on their German tour, he was invited to take part in Redbull Music Academy’s Bass Camp 2017, collaborated with Grammy-nominated Jordan Rakei, and featured on certified gold single "Higher" by Australian hip-hop legends Hilltop Hoods,

After years of writing music with nothing more then a pen and a guitar, James has maneuvered his way into the world of production and completed ‘Damen’.

Partly recorded in Redbull studio’s Berlin, his EP blends band style performance and arrangement with electronic beats and synths, forging a rhythmic soulful style, with a lo-fi indie sensibility.
Often compared with singers such as John Legend and James Blake, he not only boasts overdriven blues guitar styling’s when performing, but makes use of synthesizers and effects.