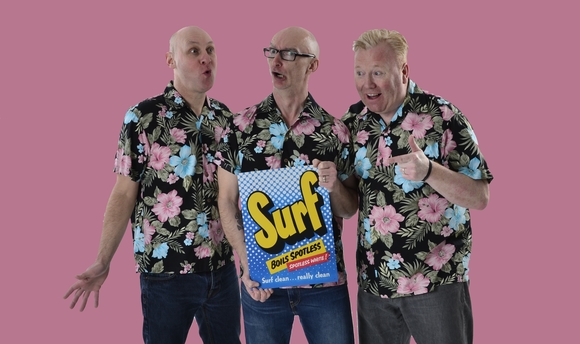 James Watt & the Avenues are a surf and rock’n’roll 3-piece, specialising mainly in reverb-drenched instrumental songs that evoke the sound of crashing waves and covering songs from the early days of rock and roll.

Named after a Corby, Northants street name, the band are made up of a sex-toy-dispatching Bassist, an NHS-programming-Guitarist and an ‘African Sunset’ Drummer who stands up and plays a bespoke Yamaha Electronic kit.

They are influenced by all things 60s-instrumental Surf Rock, Punk, Classical and obviously Rock’n’Roll.

They have found their niche by mashing up classic surf and instrumental songs with popular post, new wave and other well know songs, giving listeners the musical equivalent of a Quality Street selection.