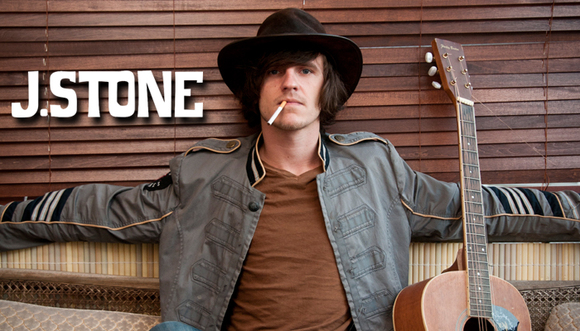 Born and raised in Berlin I started getting in touch with music at a very young age. My grandfather is a wonderful musician, who used to lead and conduct the "Radio Big Band" in East Berlin and composed and arranged for well known musicians during that time. When I was 5 years old, I had to take piano lessons, but all I can remember were the endless fights I had with that teacher, so he quit and my grandfather pretty much took over the job. By the age of 10, a girl from my class made me take accordion lessons with her, but that soon got tiring, girl and instrument, so I sat in for the guitar lessons which were just next door from the accordion room. With a little convincing, I had my parents paying for guitar lessons and thats where I stayed for another 5 years. I made the music schools band just after one year of lessons and soon we were playing gigs around town with me on vocals and lead guitar. Thats when I started writing my own material as well.
Time went by and music got a more and more important role in my life and so when I came back from living in the United States for one year, I formed a barbershop accapella quartet, wrote more music and found my style in american music, such as blues, country, gospel and rock n roll. In 2007, I went and and lived in Indonesia for a year, experienced with the local music and recorded my first album "Mas Jono and the kupu-kupu malam" with local musicians.
In 2009 I moved to Mainz, Germany, where I lead my own jam session and signed a record deal with "The ReBeatles Project" at SonyMusic Germany. We recorded an album in the South of France, been on national television and radio shows and toured around Germany for two years.
Meanwhile, I played my own music with "The J.Stone Orchestra", build my own recording studio and recorded two albums, where one of them "Out of all fucking kinds of shape" even made it to the 10th place in the German amazon download charts for a week.
From there on its been just the usual. Chicks and Rock n Roll. On the road, playing music and enjoying life at its fullest ;)