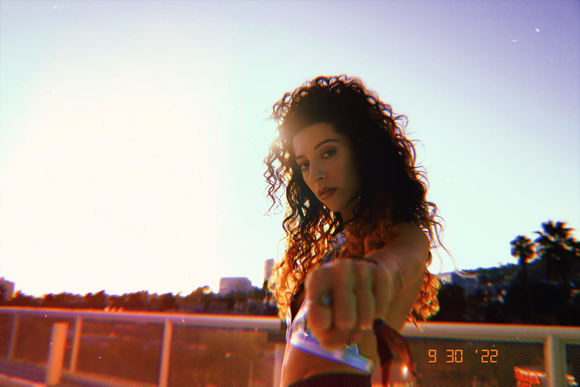 EPK - https://express.adobe.com/page/9VImrvNRxcHtq/ Biography Izzy T is a British-Iranian alternative pop artist, pioneering a unique fusion of guitar and electronica, creating a timeless yet futuristic tapestry of sound, driven by her seductive and fierce vocal style.

Her latest single I Feel Everything was made track of the week on BBC Radio 1, and has been played numerous times by DJs Alyx Holcombe and Nels Hylton, describing the magnetic opus has having the same reminiscent and empowering energy of Christina Aguilera’s Fighter.

Izzy T’s artistry is designed to inspire, with assertive and thought-provoking lyricism laced with poetic prowess. Her unique vocal timbre and out-of-this-world range are incredible to experience both live and recorded.

The visionary artist’s songs have been featured on Spotify editorial playlists including Misfits 2.0 and Rock Right Now, and her songs have been played by over 22 radio stations worldwide, and continue to grow Izzy’s loyal fan base.

Izzy T has already made her mark on iconic stages across the globe, including The Viper Room Los Angeles, the Birmingham Barclaycard Arena (supporting Placebo), Nashville's Tootsies, LA’s Hotel Cafe, Pride performances and more. Her shows are hypnotizing with incomparable live vocals.

Press endorsements include features in Billboard, Rolling Stone, Wonderland, Earmilk, BBC, Kerrang! “Track of the Week”, and more. Izzy T has also been tipped by Rolling Stone, and Louder Than War as one of the top 40 artists to watch this year. As a feminist and humanitarian who is connected to her ancestry, Izzy has also been performing at various philanthropic protests for the equality and liberation of the Iranian people.

Izzy T is currently working on new music with a variety of producers in the UK, and U.S. including Jake Magness (Machine Gun Kelly, Halsey), and platinum mix/master engineer/producer David Gnozzi of MixbusTV, and has upcoming shows in 2023 in the UK and LA.