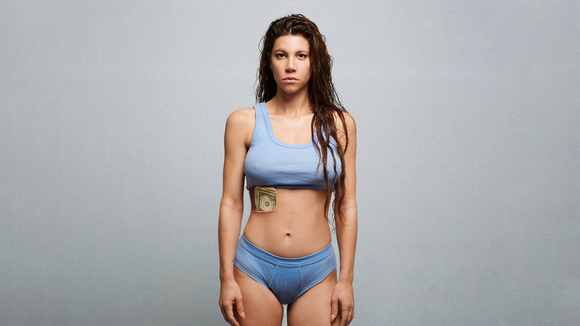 Inspired by ideas of identity, post humanism and greek mythology, her sound effortlessly brings together a swirling mix of Alternative Electronic, Pop and R&B in a truly original and elegant Art-Pop package.

Having enjoyed major support from the likes of Spin, Rolling Stone India, XS Noize, Purple Melon, Esquire, Vogue, Popjustice, Earmilk and Videostatic, Ilia’s first studio work which was released by EMI, topped the Greek charts. A follow up to the enigmatic ‘Wolves Mate For Life’ which gained placements on Spotify’s New Music Friday among other editorial playlists.

After her performance at Pop-Kultur in Berlin, IOTA PHI got mentioned at Musik Express, Spiegel and has earned radio play on Radio1.

" Ilia Darlin performs on stage as if the Panda Theater was the Hollywood Bowl. That is how one should do it." Musikexpress - Pop-Kultur Berlin

“Ilia has perfected a performative style like no other in the music industry…she gradually shed her layers as she shuffled into a hypnotic and futuristic goth-pop that took a mystical turn with the use of the traditional organ of santour, creating a perfectly orchestrated musical chaos.”