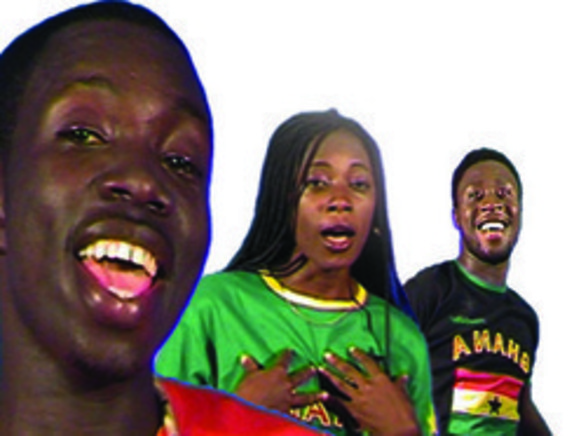 Integrated Roots Band is a chamber ensemble of young musicians; Versed and committed to creating authentic repertory, designed with beauty and good vibration.

Inspired by Integral Calculus in Mathematics

Formed in September 1998, Integrated Roots believes that exceptional compositions are the outcome of calculation and conscious invention balanced with inspiration and spontaneity.

The hardest thing in the world to do in this business is start a band nobody’s heard of. Their whole preconception was about discipline and staying focused.
Here, the most difficult challenges were being mastered with an enormous free play of the imagination.

They longed to be professional musicians who could play exactly what they wanted;
However experimental and be sure of an audience and radio play.

Soon they developed their own songwriting skills and a more progressive sense of tradition.
Orchestrating diverse elements together into space-time continuity;
Projecting sounds even random ones and any compositional rhetoric into a pleasing construction, because they had understood that it wasn’t the notes that made music (that was just noise) it was the spaces between the notes that mattered.

Their considerable achievement is the maiden collection of music, which has a whole lifetime of experiences woven into it and is in many ways the tangible evidence of a goal achieved in spite of very difficult circumstances.

The group has become freewheeling alchemists of Afro Pop/ World Music genre. A specification echoed by:

“…I had a chance to listen to some of the music. It’s very good-
Has a big World Music sound to it. I’ll definitely keep this in mind if any of the briefs are a close fit…”

Traditional acoustic instruments are well integrated into the music.
The instruments chase each other at high speed and head to head interplay.
The rhythms are strong and fluid enough to stimulate the spine.

There is also a solid beat and brassy arrangement with tricky relays.
It can surge with wild force of raging horns and break neck guitar solo runs.
Sweetening effects such as strings and multiple vocal harmonies creates a plush sophisticated atmosphere.

A vibrant voice expresses the music and makes it sparkle invitingly.
Arguably the most lively and original voices far and wide.
Sung straight from the heart and speaks irresistibly to the ears.

Even the unprepared listener can penetrate at first to what is actually going on despite the multiple intellectual levels and complexity.

The scope of this project is enormous with a mix of songs to please the purist as well as the populist.

As you know, it is just after product development (Recording…) that artistes most need local and international recognition. In order for this to happen, one must strive to survive in a business that constantly rejects you.

Integrated Roots has as objective to further its career on four fronts:

The First Front: Product Development (Making and selling their records)
The Second Front: Promotion (Getting Airplay for their Music)
The Third Front: Publicity (Creating a Buzz in the Media)
The Fourth Front: Performance (Finding their Audience)

They are currently working towards a digital release, a promotional stunt to support the CD.

Early performance of the group was in February1999, when they participated in the 1st Annual Pan African Jazz festival at the W.E.B Dubois Memorial Center, Ghana.
This was barely a year after formation but they were able to convince the program organizers of their virtuosity through a vigorous audition.

This was their local big break after an astonishing performance with a rhythm guitar, bass guitar, an African drum and a xylophone; all around a bamboo flute soloist, leading to a miniature concert.

All members had worked in several ensembles including the Pan African Orchestra and had such ample experience and background to ensure they lost neither the beat nor the groove.
What especially strikes the ear about Integrated Roots is the band’s virtuosity.

What is so special about this band?

Already on paper, the unusual cast of instruments attracts attention.
The combination alone places the group under necessity to be creative.

As far as the palette of sound is concerned, the instruments make much possible but once they have admitted that Integrated Roots is to be a veritable wonder world of unexpected forms and colours, possibilities are infinite.

It is an adventurous world that presents itself to us in these forms.
Unfamiliar but fascinating sound sphere.

Integrated Roots has big musical ambitions of coming up with concepts so rich and varied.
Being a recording artist in another man's studio is similar to renting an apartment.
Having a record company is like owning a home.

“Our mind is the vehicle to take us there”-
Abraham Ohene Djan.
OM Studios.
Ghana.

They’ll take advantage of the changes going on in the music business because they understand that everything is related to everything else.
The world is a set of interconnected relationships.

What they bring to the picture is unique, accessible and artistically interesting.
Their songs will touch people’s emotions and hopefully move them to accept their artistic statement as their own.

The first leap of faith has been taken.

Anyone can write a song, very few people can write great songs.
They believe that great songwriting is all about great creativity.