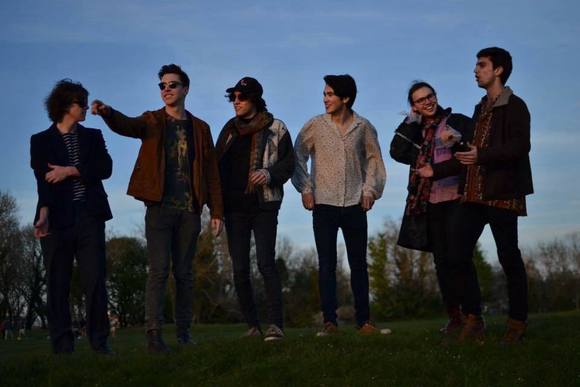 Insomnichord are a six piece progressive rock band from Bristol.

They formed in 2015, initially as a psychedelic rock band, but over the last year have developed their sound into a more progressive style. Their songs are ambitious featuring mind warping soundscapes and eclectic song structures. Expect explosions of synths, guitar and drums in between catchy grooves and tight bass hooks. They wear their influences on their sleeves taking elements from the likes of Todd Rundgren, Hawkwind and more recently Tame Impala but manage to create something fresh and worth talking about.

Insomnichord have supported the likes of Nicholas Allbrook, Acid Mothers Temple, Crosa Rosa and She Drew the Gun in 2016 but lately they have been in the studio recording songs for release in 2017.

"These guys are the perfect amalgamation of King Crimson, Camel, and The Crazy World Of Arthur Brown, displaying the best parts of each and a flavour that is all their own" The Flux Presents