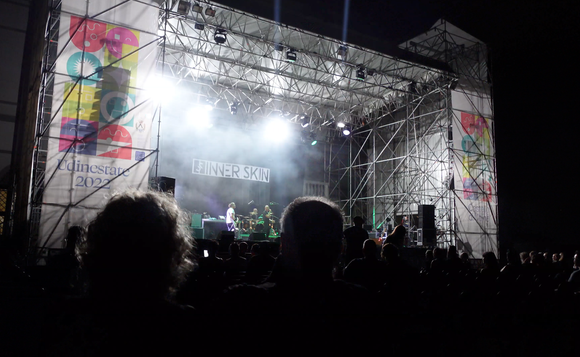 Inner Skin, an Italian / German alternative rock band, was born in October 2018 as a result of a musical project created by singer-songwriter Alberto Frasson.


While looking for a drummer, at the suggestion of producer/studio musician Fabio Trentini, Alberto met Giorgio Ranciaro in Rome.

The immediate chemistry between the musicians helped them to create singles and videos right away.
The result was an unpredictable alternative rock sound that drew a lot of attention from fans and labels.

The band members each have unique styles and influences.
Singer-songwriter Alberto Frasson is an eclectic and visionary artist who presents himself with a sort of musical purity.
He draws his power from his romantic and enchanted approach to this new journey.

The band’s first video was for their single Poison and it was filmed in July of 2019, reaching almost 50K views in a matter of weeks.
(Link)

Their second video for their song Brothers was shot in December of 2019and the single was released on March 5 2020.
(Link)

The lyric video they released in December 2020 for their song Claire reached over 110K views.
(Link)

In 2019, thanks to the Italian press office and booking agency RED BLUE, the band performed in various venues between central and northern Italy, including the iconic San Remo Theater (“San Remo Rock 2020”).

They sadly had to cancel a big portion of their gigs in the spring of 2020, due to Covid-19, but this didn’t stop the band members.
They kept writing new songs and shooting videos at home, as it was a way to stay connected with their fans, and to stay creative.
They organized new tour dates for the spring and summer of 2022.

In the meantime, Giorgio moved to Germany.
January 2021 came with good news: the band signed a deal with the German booking agency RED LION, based in Frankfurt, and the good news kept coming.
In September 2021, the band signed a record deal with the Swedish label GN Entertainment.
The deal includes a tour in Sweden in Spring 2023.
In October 2022 They start to work with an agent/promoter KS Music Booking & Promotion from Berlin who's taking care of the booking and promotion in Germany for the new album BECOMING.