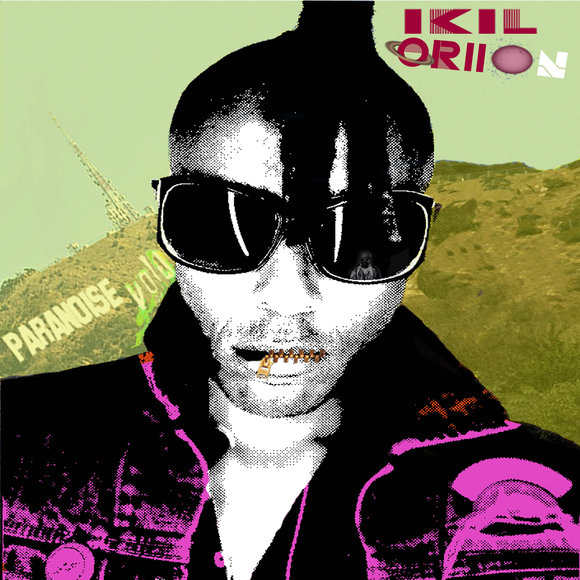 (it means the brightest star in the galaxy). IKIL ORIION is not your average /typical singer songwriter type,but he’s an International budding star and a global brand that encompasses the look,the sound,the message and the spirit of what true Rock & Roll legends are made of. Hailing from New Orleans (birthplace of Jazz & Blues) and being born into a diverse family ethnic background consisting of African- American, Native American Cherokee & French
IKIL ORIION at a young tender age set out to create a path of his own with the sole intent to conquer Planet Rock. He has been described as “Post- Rock ” the future of modern music drawing comparisons to iconic artists such as Lenny Kravitz, Mick Jagger, David Bowie & Iggy Pop. Growing up in a musically enriched culture such as New Orleans, IKIL ORIION
embraces music,art & fashion in a way Andy Warhol or Basquiat would today
showcasing the distinct synergies between the 3 mediums. We call it “Raw Noir Nouveau Punk”. What makes IKIL ORIION so compelling is the fact that he is an artist who isn’t afraid to take risks and chances by pushing the creative music envelope to the point of no return!
His influences range from the Sex Pistols,The Clash, Morissey,Prince, The Police, The Cure, New Order,Depeche Mode, Bad Brains & the Beastie Boys. In a short period of time IKIL ORIION has burst onto the scene grabbing the attention of music lovers, fashionista`s,dispelling the critics and holding the mainstream media hostage.
His music has been placed in films, tv shows,commercials, web programs and he has been endorsed by some of Hollywood`s elite celebrities. His new album project `Paranoise Void` features Ska Punk legends Fishbone, modern day guitar hero Rocky George of Suicidal Tendencies, UK Grammy winner Don Letts, Ivan Neville and was mixed/engineered by multi-platinum Grammy winners Sylvia Massy & Rich Veltrop.