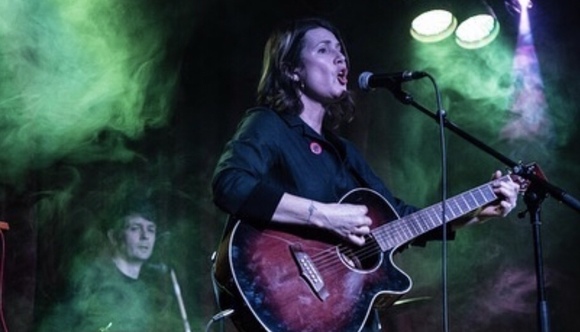 CAMEL (official video) - I am HER

I am HER is Julie Riley, formerly of 90s cult band Rosa Mota (and since then 1 half of Crown Estate).

Riley started out with a solo project which then paired up with drummer Jeff Townsin (Submarine, Madam, Sophia) to create 'Herstory' - an album of alt/punk stories peppered with some contrasting contemplative moments and a touch of pop. Currently working on new songs ready to record their 2nd album, due for release early summer 2022.

‘Riley is at her intense and punky best when she sounds like PJ Harvey, as on the dark, gothic waltz “Debby Brown” ‘. - Uncut Magazine

" Debby Brown kicks up a wonderful original noise with just the two of you. A fine modern take on
the murder ballad’. - Tom Robinson

'They are creating fierce post-punk soundscapes that mean business...' - The Vinyl District