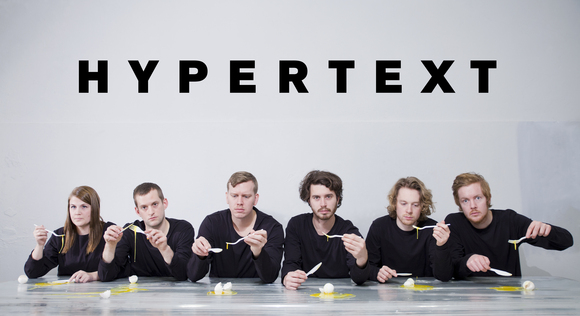 Since the establishment as a quartet in 2006, the band has developed – including members from various other bands such as The Gin and Tonic Youth, Susanne Sundfør, Casiokids and Electric Eye – into today’s sextet.

The band combines elements of kraut rock, noise, melodies and vocal harmonies, and elements inspired by Steve Reich. Over the years Hypertext played many shows in Norway and Europe, among them festivals such as Øya, Hove, Spot and by:Larm. The Band released their third album «Progmatism» April 2013. Collaborating with Lars Horntveth (Jaga Jazzist) and Jørgen Træen as well as band members from The Megaphonic Thrift, Susanne Sundfør band and Young Dreams.