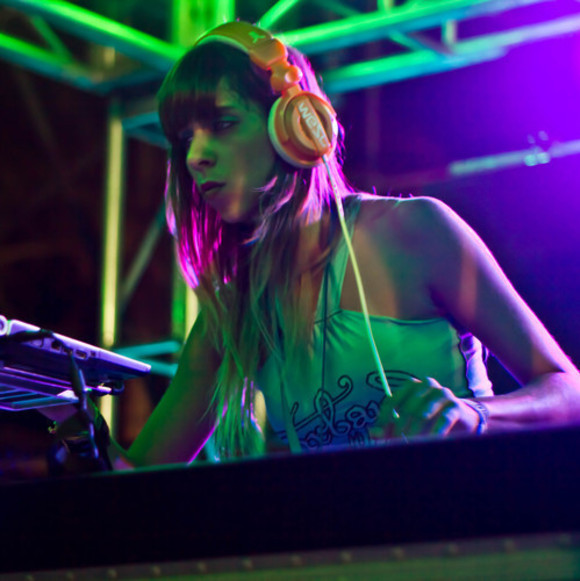 Dj / Producer/ Sound designer My sets are quite varied, normally traveling through at least 4 different styles mainly Techno, House, Acid, Glitch and Bass with the intention of creating unexpected contrasts between genres and playing with the tempo to captivates people attention through an energetic and sentimental journey on the dancefloor that will keep them active and dancing from beginning to the end.

Until now I've been playing my tracks while mixing but I'm starting a new Live project that soon you'll be able to hear on my sound cloud.
⚡

Upon discovering the small underground electronic music scene in her hometown of Maracaibo, Rincón began organizing events, DJing along with friends and invited musicians. Later, she co-founded the SOLO club, which became a prominent and central space for electronic musicians and DJs from throughout country. She also formed the Next Phaze collective, comprising DJs, street artists, VJs, visual artists, and graphic designers. The endeavour gave rise to a new concept of electronic music events for Rincón, in which visual environments are created using techniques like video mapping and 3D imaging.

Following completion of a degree in Mass Media, Rincón relocated to Berlin in early 2012, where she is currently producing her own music and studying sound engineer. Her sets are powerful, deep, and stylistically fluid, without subscribing to one particular sound or genre. In her view, there is too much quality electronic music today to impose such limitations and, in her words, “we should play it and enjoy it all, knowing the right boundaries of course.”