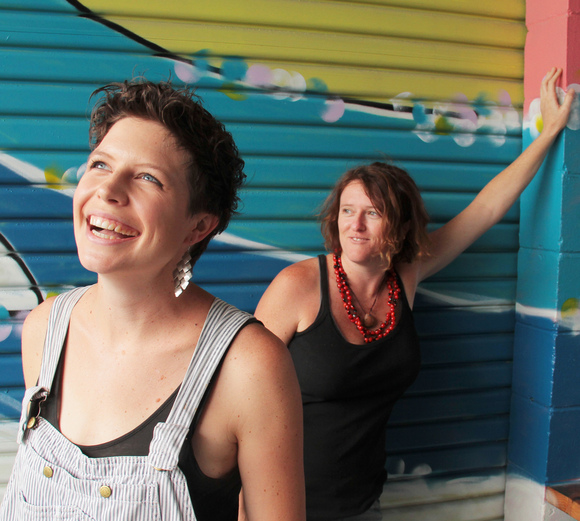 Since forming in 2006, Julz Parker and Leesa Gentz have forged their own, very unique way into the global music scene.

Fearlessly independent, the genre defying Hussy Hicks have followed a trail of possibilities, random twists and turns and discovered a musical world all of their own. Their influences are drawn from family record collections of old skool blues and country, and from their travels, combining a distinctly australian roots edge with european gypsy guitar, arabic rhythms and optimistic social commentaries.
The Hussies have been welcomed with honorary memberships into blues, folk, country and jazz circles, spreading their good vibes across festival stages and venues throughout Europe, America and Australia, with the single goal of playing music for the absolute joy of it.
Their latest release ‘The London Sessions’ was recently awarded NCEIA album of the year and 2014 sees their return to Europe to tour Germany, Italy, France, The Netherlands, Belgium and the United Kingdom.