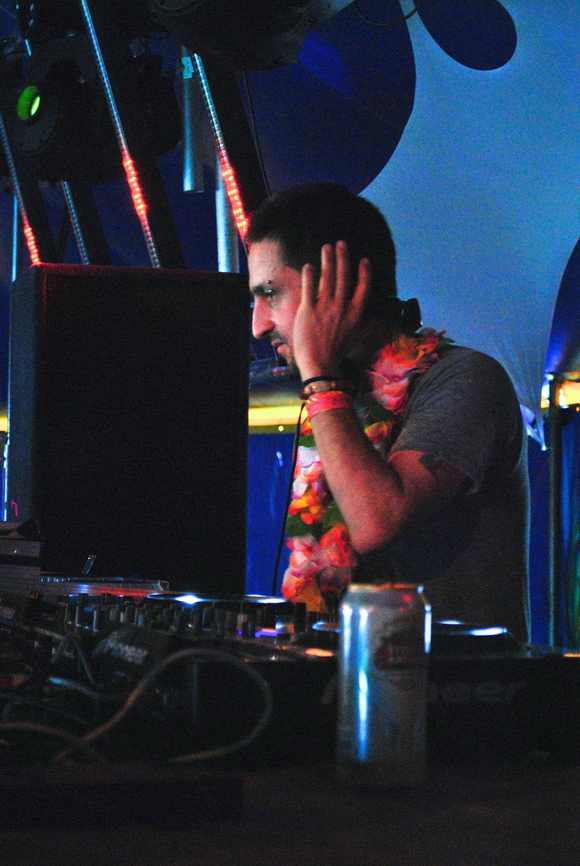 Herukajon is a London based DJ with an ear for a tasty groove.

In the last year he has played for London parties at inSpiral Lounge, Acidic records, Whirl-y-Gig, Tribe, Zu Studios and Alchemy Festival. He currently likes to play an eclectic blend of minimal techno, deep house, and melodic tech-house with a hint of Berlin's Kater kultur.

Having played his first gigs behind the decks in late 2012, he has secured himself a niche in the London underground dance scene playing sets for Acidic Records, Whirl-y-gig and Inspiral Lounge, as well as Zu Studios, in Lewes and Alchemy Festival.   Raised as a classically trained violinist, singer, and pianist he soon took an interest in Psychedelic Rock of the 60’s and 70’s playing Rhythm Guitar and Bass in a number of bands including ‘The Cosmic Charlies’ (A London-based Grateful Dead Tribute band) before his interested was grabbed by the global beats and electronic sounds of his first raves at Whirl-y-gig and other London parties.  Preferring to stay away from the heavier Bass driven sounds of the London Music Scene, Herukajon’s style is often characterised by a steady Four-to-the floor kick with light uplifting melodies and a cheeky syncopated shuffle in the high end. His sets range from brooding intensity to joyful uplifting melodies and whether he is warming up, winding the night down, or anywhere in between, he understands the value of subtlety and ‘playing the holes’. He has often remarked that ‘the note un-played is as important, if not more so, than the notes you hear’ and has described his job as a musician to be ‘to create beautifully framed silences.’  In March 2014 he played his first solo night for Inspiral Lounge, and in April, a return to Whirl-y-gig’s Café Teez After-party; He is currently looking forward to sets at the award-winning Bearded Theory Festival, Brighton Yoga festival and an upcoming set at the 2nd ever Whirl-y-Fayre. He currently likes to play an eclectic blend of Minimal Techno, Deep House, and melodic Tech-House very much inspired by the sounds of the Berlin Scene.

He also hosts 'Herukajon's Cat House'; a monthly radio show on houseport.FM on the first weekend of each month.