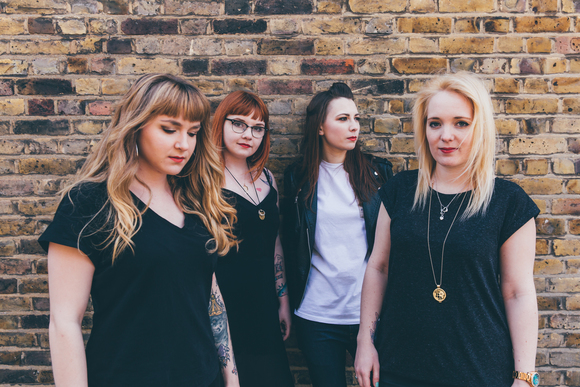 "...Hearts Under Fire open up this evening's proceedings by showing that they're one of the most perennially underrated punk outfits in the UK; precise as a samurai sword and twice as sharp.." KKKKK - KERRANG!

"Hearts Under Fire, a punk rock band with killer melodies, a dark edge and a Brit twist" has been one way to describe this four-piece band from Surrey.
Their ballsy, melodic, impassioned songs together with fast tempos, driving guitars and gang vocals have been compared to Rise Against, Alkaline Trio and AFI, but although there are similarities these girls have certainly established a sound of their own.

Despite being pigeonholed into the pop/punk-rock genre, the band feels that "we don't really fit in to the new pop-punk scene.....we're mixing the best of both worlds, so you get the whole melodic vibe/catchy hooks but you also get the DIY and Alkaline Trio/AFI punk-rock sound."

Hearts Under Fire already have many UK tours under their belts and a pretty hefty live CV having played a number of festivals including Download, Sonisphere, Hevy, T in the Park, Guilfest, Wickerman and Redfest.